Student Hit by Car at EGHS 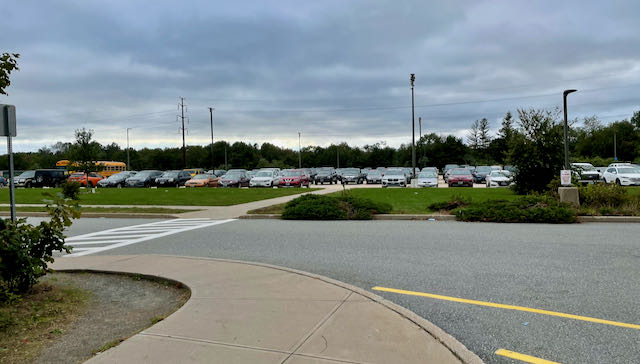 A East Greenwich High School student who was crossing the driving lane between the student parking lot and the school Monday was hit by a car driven by another student. The accident took place after school was dismissed for the day, at around 2:25 p.m.

According to the police report, the student had cuts on his head, face and mouth and complained of face, hip and leg pain. He was taken by EGFD rescue to Hasbro Children’s Hospital.

Police said the student had been walking from the school to the parking lot where his parents were waiting to pick him up. The driver had stopped at the crosswalk there to wait for someone to cross, then proceeded toward Avenger Drive. The student stepped off the curb and the driver, who said he did not see the student, hit him. The drive also had cars parked on the side temporarily, waiting to pick up other students.

The end of the school day at EGHS tends to be busy.

The status of the student was not available Tuesday.