Speeding Complaints Are Up, But Not Actual Speeding, Says Town 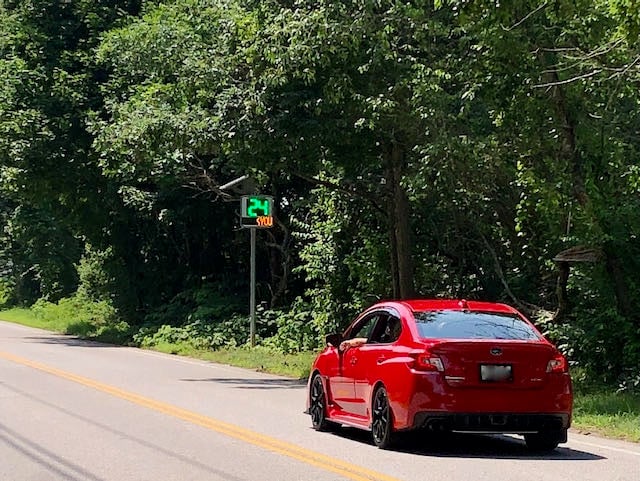 The town does, however, have a new tool to help slow drivers down 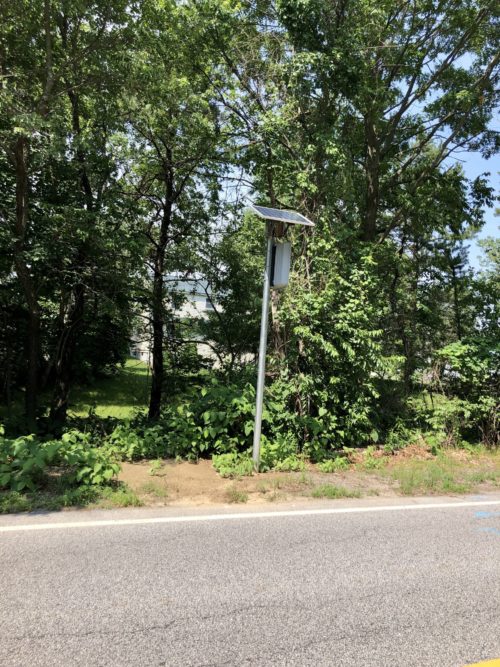 A solar-powered radar sign that checks a driver’s speed.

Complaints about speeding have been up in recent months and the town has a new tool to slow drivers down, but it’s unclear if there’s been an uptick in actual speeding or if people are just getting used to “normal” traffic patterns after more than a year of pandemic life.  Who can forget, after all, the literal empty roads of spring 2020. But as COVID-19 restrictions have faded, roadways are again (sometimes frustratingly so) filled with cars.

“We have gone neighborhood by neighborhood and we have yet to find one stretch that has … shown people are consistently speeding over 25 mph,” said Town Manager Andy Nota recently. “The average speed has been 15 to 18 mph.”

Still, he said, “we’re trying to be responsive. When we test it, we’re not finding a lot of speeding.”

The town has a few ways to check speeding, starting with police officers being posted to particular roads. Of course, the town doesn’t have enough officers to use that approach all the time, so there is the trailer with the speed radar sign, which can be set up pretty much anywhere but the town only has one of those.

The best way to test for speeding are tubes placed across roadways. The tubes pick up the number of cars that drive over them but also collect the speed of those cars and the time when they cross.

“They are a true reading of behavior,” said Nota of the tubes, because people usually don’t realize they are there. The town has been using the tubes to check for speeding on streets where the most complaints have been made.

So maybe East Greenwich doesn’t have a rampant speeding problem, but there are still people who speed. The town recently purchased two solar-powered radar signs and there’s money in this year’s budget for six more.

The first two signs – $3,000 apiece, paid for with a law enforcement grant – have been installed on Crompton Road on the west side of town, one facing west and one facing east. Each sign, affixed to a large metal post, is topped by a solar panel. The only real maintenance will be battery replacement from time to time.

“It is the least expensive way to go,” said Nota. The signs do not have cameras, they are not “speed traps,” in which a ticket would be issued.

“It’s a check,” he said. “It’s better than a sign since it flashes at you. You see it and you say, ‘Boy, I better slow down.’ And you take your foot off the gas.”

In addition to flashing your speed, the signs include notes like, “thank you” (if you are below the speed limit), “too fast!” and “slow down.” The new signs will be installed on main roads first, like Division, Frenchtown and Middle, “where there are long stretches where people tend to open up their speed,” Nota said. They will be used only on roads with 25 mph speed limits.

We are back a little later than normal with a roundup of late summer stories, everything from the...