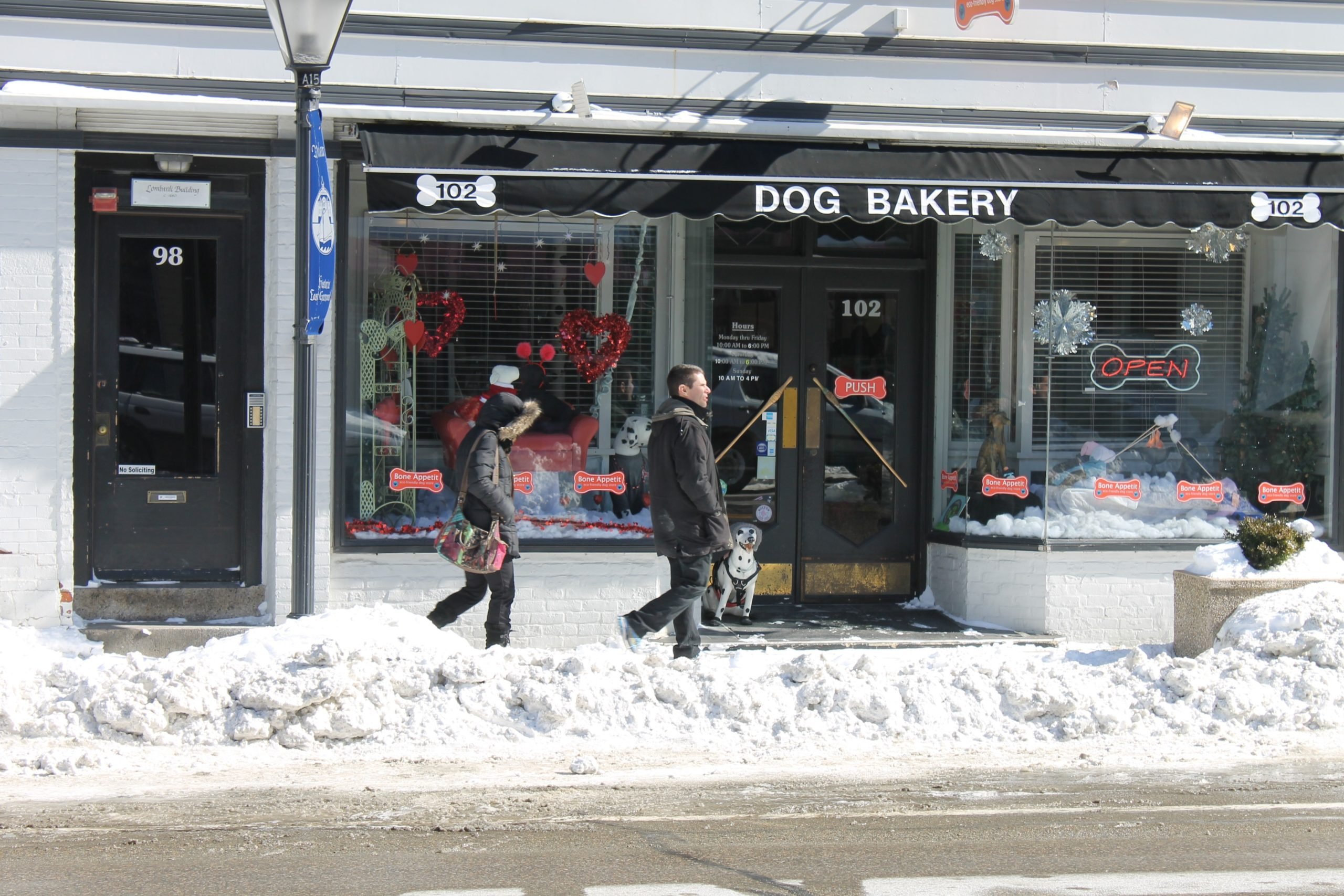 Lina Piccolina, 58 Main St., was among several stores that didn’t open on Presidents Day after a weekend snow storm dumped another 8 inches of white stuff at its door.

Business for some stores has been slow because snow piles are keeping customers home and the storms themselves are forcing merchants to close their doors for a day or two at a time to weather nature’s fury.

“I think everybody’s having a hard time getting out of their own houses,” said Courtney Grady-Calcione, owner of David-Max, 187 Main St. “I don’t think the issue is down here on Main Street. The town has done a phenomenal job. I was beyond impressed this year, honestly.”

She said the sidewalks have been cleared and after the heaviest storms tractors scooped up snow banks and the piles were hauled away. An estimated 50-plus inches of snow have fallen since Jan. 1 at the National Weather Service station at T.F. Green Airport in neighboring Warwick.

David-Max is a home goods and artist boutique that provides custom refinishing of furniture, so the business has two revenue streams.

“Sales are better than they were last year, but it has been dead in here,” she said as she snuggled her pet Boston Terrier Brolin while a single shopper roamed the store on a Saturday morning, usually a busy time in better weather.

“Sales are better than they were last year, but it has been dead in here,” said Courtney Grady-Calcione, owner of David-Max, 187 Main St. who was kept company by her Boston Terrier Brolin.

“Custom refinishing is what saves me,” she said, whether a customer hauls in a bedroom set or an end table or Grady-Calcione picks it up.

“Even the weather keeping people in benefits me because they are looking around a noticing furniture that needs some work and they call me,” she said.

Further on down Main Street, David and Marie Schaller have found something stronger than a blizzard or sub-freezing temperatures: chocolate.

The Chocolate Delicacy, 219 Main St., had customers waiting their turns on Valentine’s Day, despite the beginning flakes whipping outside for a storm that would dump another 8 inches of snow.

“The town has been doing a good job of clearing the snow after storms,” said Marie Schaller. “But we have been lucky, too, because the way the storms are breaking, they are usually between our times. The weeks before Christmas were busy and right around New Year’s.”

The chocolates and candies inside the shop are an irresistible attraction even when the weatherman as he did on Valentine Day urged drivers to stay home.

“No one is walking Main Street now. I haven’t had any business since the snowstorms started. January, nothing. February, nothing,” said Lynn Murphy at her Cooler Tees, 175 Main St.

Lynn Murphy said business has been ice cold at her Cooler Tees, 175 Main St., since the Christmas Strolls on Thursday nights.

The store sells custom made t-shirts, as well as hats, sneakers, sweat shirts and more. Family reunion t-shirts, ladies nights out, events, cruise shirts and camp shirts are designed and produced in the store on the same kind of machines used by L.L. Bean and New Balance, Murphy said, on a tour of the store’s work area, which includes computers for design and dozens of yarns for embroidery.

“It is always quiet in January and February, but the storms have hurt us. I am having some very long days,” she said.

The chain of heavy snowstorms that began in January and continue to pound the area, forced Zuzu’s Petals, 165 Main St., to close its doors for five business days in East Greenwich, said owner Lois Hollingsworth.