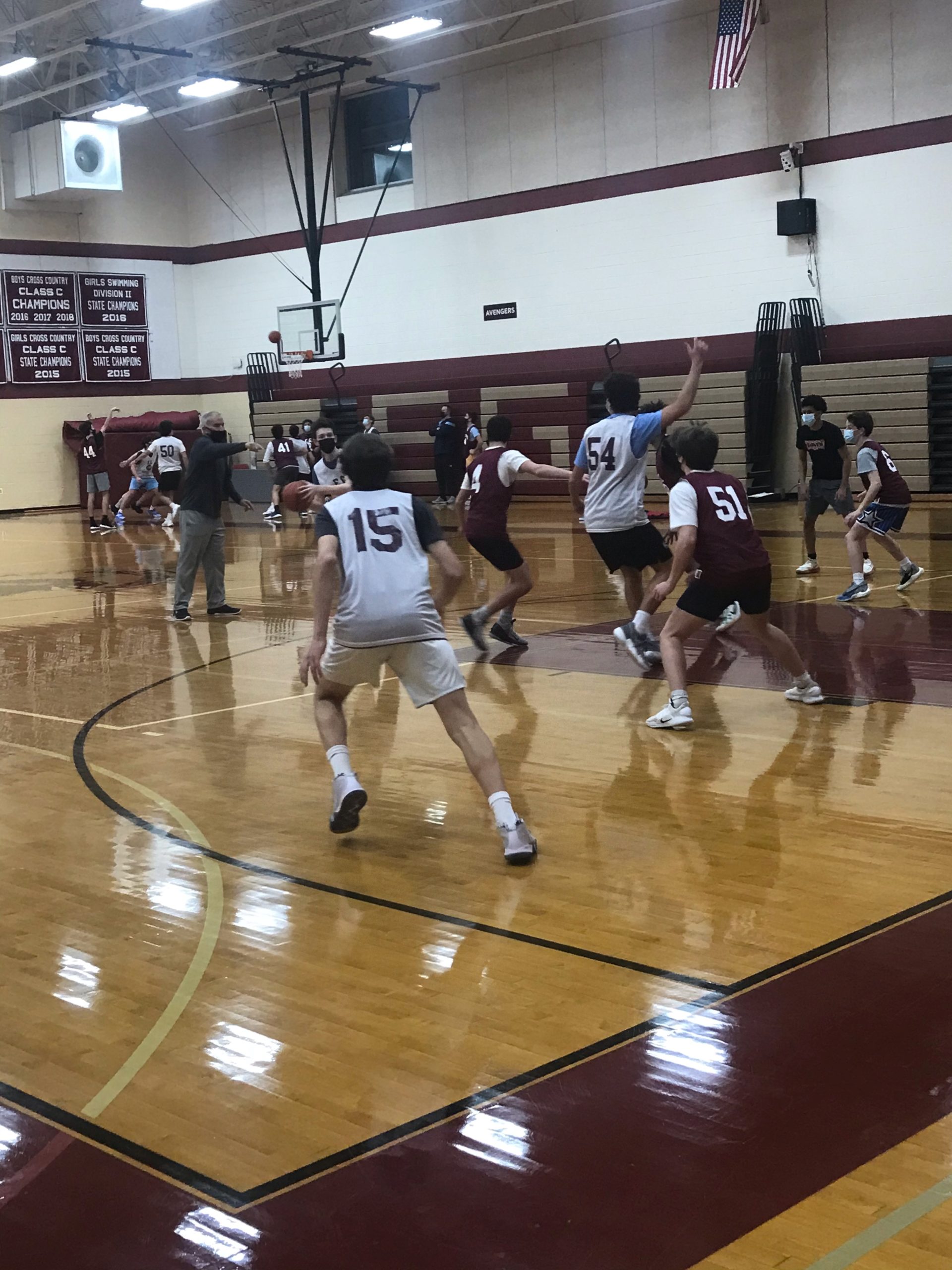 With all the cancellations and uncertainty going around, a lot of us worried a winter season might not be possible for EG sports. Though the season will start later and end earlier than it has in the past, it is expected to run until (fingers crossed) late February.

“I’m happy that the student athletes are practicing right now,” said EGHS Athletic Director Casie Rhodes. “From an athletes’ standpoint, I’m happy to get them back on the basketball court and just getting some reps, acclimating to the mask, being part of a team, socializing – that type of thing. I think that’s really good.”

While some schools started their winter season on Jan. 4, EG couldn’t start until last Thursday. And some schools still haven’t started yet. The Rhode Island Interscholastic League (RIIL) and Department of Health decide when each school starts practicing. Both organizations also decide when — and if — schools will compete, depending on COVID-19 infection rates throughout the state.

Boys and Girls Basketball, along with Indoor Track & Field, started practicing last week. Hockey and Swim start this week. Since schools haven’t been cleared for competition yet, the teams are just practicing until they hear more from the RIIL.

Governor Gina Raimondo announced that no games would be able to happen until Jan. 20. As of right now, the first Boys Basketball game is expected to happen on Jan. 21, said Coach Don Bowen.

“That’s what we’re hoping for,” said Bowen. “But like I told the kids, [we’ll] just control what we can control and take it one day at a time, and we’ll see what happens. But we will be prepared, if in fact the season does start.”

With the few practices they’ve had so far, Bowen says the athletes are doing great.

“The kids are very good with their masks,” he said. “[They’re] social distancing when necessary, and we’re separating our drills between contact and non-contact – and the kids have responded terrifically. They really enjoy being able to participate, and I’m so happy for them.”

“[The seniors] are a terrific group,” said Bowen. “They’ve had a lot of success. They’ve come up through the youth basketball organization and played hundreds of games.… They’ve had a great high school career, going to two division championships and winning one. And last year, we won our first-ever game in the state tournament.”

“[I’m] just very proud of these kids,” added Bowen. “And I really hope they get the opportunity to add to the legacy that they’ve created.”

The basketball season typically starts in early December and lasts through March. This year, it’s expected to end in late February, with the last game on Feb. 21. And a late season is expected to happen for sports that were not allowed to play in the fall – primarily football and volleyball – immediately after the end of winter sports.

“Roughly a 14-week season has been condensed into 6 weeks this year,” Bowen said of the basketball season. “Under the circumstances, we’ll take whatever opportunity is given to us and we’re grateful for that. We’re trying to make the most of it.”

Along with mask-wearing, new COVID precautions will be taking place for winter sports. All student athletes were “required to take a COVID test to make sure that they were negative,” said Rhodes.

“We were kind of pushing on that for the students to start off with a safe environment coming off the holidays,” added Rhodes. “Being out of distance learning, we wanted to keep everybody safe and coming into the gym.”

One significant change is rapid COVID tests that will be happening either weekly or bi-weekly, said Rhodes. The “pilot test round” will start with the Boys Hockey team this week.

“We are going to require [athletes] to test at least once a week,” she added. “If we can do more than that, we’ll try to go to twice a week.”

Student athletes are required to have a form signed by a parent or guardian for permission to get the test. The consent form is only required once though, since it covers all tests taken throughout the season.

Once athletes test negative, they go straight to practice.

“If any student tests positive,” said Rhodes, “they have to return with a clearance from their primary care doctor before they can even return to sports. And then from there, they’re on what’s called a return-to-play protocol for six days.”

The return-to-play protocol involves training with the high school’s athletic trainer, Logan Menard. The six-day plan will help players “gradually get back into [playing],” says Rhodes. On the seventh day, players will be ready to return to their team.

“We wipe the basketballs down at the end of every practice,” he said. “We have hand sanitizer. We’re doing everything by the book.”

For mask breaks, students periodically step outside to get some fresh air.

“We’re doing everything humanly possible to make this work,” added Bowen. “And so far it has [worked], and I hope it continues to go in the manner in which it has.”

“So, this is the start,” said Rhodes. “The first step in getting toward a winter season is the practicing, just encouraging everyone to stay healthy and be mindful of each other while we get through this winter.”

“Although we’re not cleared for competition, “ added Rhodes, “I think this is a great opportunity for [the athletes] to get out and be part of something for an hour or two every day with their teammates and their friends. And even if they get a short window of games, it will still allow them to have a memory of some sort of season. So from my standpoint, I’m happy that they’re out there and that they’re getting some exercise and they’re socializing with their teammates.” 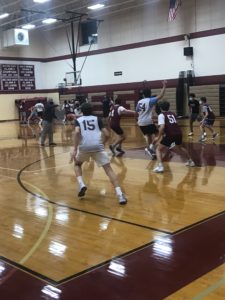