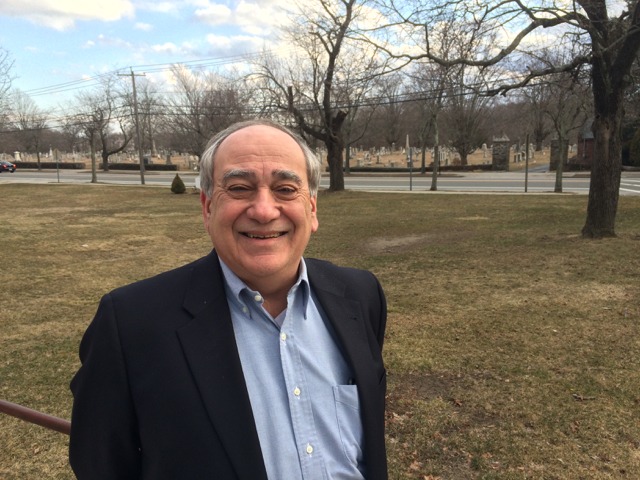 Bill Sequino left the town manager position in East Greenwich for the top job at an organization most people had never heard of – the Rhode Island Clean Water Finance Agency. Sequino knew it well because, as EG’s town manager, he’d tapped it several times over the years to get low interest loans for water-related projects.

It was a quieter job with a smaller staff. One could think it Sequino’s way of taking it easy after more than 25 years of municipal governance.

But last year, the RICWFA was expanded to include a municipal road and bridge revolving fund – thanks to the actions of then-Treasurer Gina Raimondo.

Now, of course, Raimondo is governor. And earlier this month, she and Seth Magaziner, the new state treasurer, unveiled yet another expansion and a name change for Sequino’s agency, pending approval by the General Assembly.

The goal is to provide public and private loans for such things as energy retrofits, brownfield cleanups and storm water lending, which would not only help the entities getting the low-interest loans but would also provide needed construction jobs.

The new entity will be known as the Rhode Island Infrastructure Bank.

“Rhode Island Clean Water has successfully and efficiently used the revolving loan fund for years to do wastewater treatment,” said Raimondo during a recent stop in East Greenwich. “Now we just want to expand it.”

She said they wanted to make the agency business friendly.

“Let’s say you’re a small business. You want to put solar panels on your roof. You don’t really know how to do that or where to go, you can go to this one-stop place and they’ll arrange the capital, the financing and help you figure out how to do it,” she explained.

Sequino said even businesses like a single Dunkin Donuts could benefit.

“You could be a Dunkin Donuts in Exeter, serving 25 people a day, 365 days a year, off a well. You’re a water supplier so you could come to us” to get a loan to fix the well. “We give grants to mobile home parks to fix up their water supply.”

Another aspect of the expansion would be a property assessed clean energy (PACE) program, where loans are repaid like sewer assessments, as a line on your property tax bill. And, like sewer assessments, the clean energy loan would stay with the property. Several states have implemented PACE programs, including Connecticut, California and New York.

The money won’t come out of state coffers, so Sequino is optimistic the changes will pass the GA. Rather, the money comes from existing federal government programs and some artful restructuring.

The expanded duties don’t daunt Sequino, who after nearly two years has settled into his position. His agency remains small – just six people total – and that’s ok for now, he said.

“I don’t think we’re going to be inundated from day one so we’ll have a chance to grow into what we’ve got,” Sequino said. It’s been a good process.

“Out of all the things I’ve ever done in local government, this is probably the most collaborative thing because it’s been my agency, the office of energy resources, DEM, Commerce RI and the governor’s office,” he said. “So everybody’s been working on the same thing.”