The Democratic primary for Senate Dist. 35 pits newcomer Bridget Valverde of North Kingstown against one-time state senator Greg Acciardo of East Greenwich. Or, to hear each of them tell it, a progressive with no elected office experience (Valverde, according to Acciardo) against a member of the “old boys network” with a dangerous history (said Valverde of Acciardo). 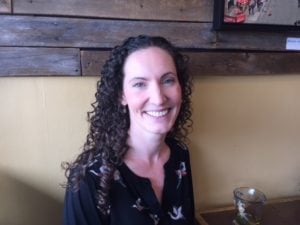 Valverde, vice chair of the state Democratic Women’s Caucus, decided to run for the seat in early 2018, and has been campaigning ever since.

Acciardo said he decided to run after learning that Republican Sen. Mark Gee, who currently holds the Dist. 35 seat, was not running for re-election June 25 – that his wife, Dana Gee (also Republican), was running instead. Acciardo served in the state Senate from Johnston from 1984 to 1992. He moved to East Greenwich in 2013.

A brouhaha erupted a few days later when the state Democratic party endorsed Acciardo over Valverde (as well as endorsing Trump supporter Michael Earnheart over incumbent Rep. Moira Walsh in a House District 3 Democratic primary contest), despite Acciardo’s record of DUIs and other brushes with the law. The state party rescinded the endorsement the next week, saying they were not aware of Acciardo’s history. 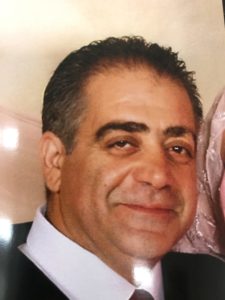 In an interview last week, Acciardo said there was no way the state Democratic committee did not know about his history.

“I was given the endorsement by the state committee – they knew all about me. They knew Greg Acciardo,” he said. “I think they did what they felt was the right thing for the Democratic Party. Now they’ve left it to the voters of the 35th District to decide.”

Acciardo’s history includes a guilty plea of vehicular homicide (a misdemeanor) in 1993 after his car hit another on Route 44 in Massachusetts, resulting in the death of the other driver; two DUI convictions (in 2009 and 2010); a felony conviction in 1996 for harboring a criminal that was later overturned; and two domestic assault complaints (in 1994 and 2001) that were later withdrawn.

Acciardo applied to get the DUIs expunged from his record in May.

“I’m entitled to it,” he said of using the expungement process. “Did I do that in anticipation of this candidacy? No, I did not. I knew [my record] would come out. I’m not afraid of it, I’m not trying to hide from it.”

“It’s only fair that the people of the district know this,” he said of his past. “I did have a substance abuse problem which I took on.”

At the time of the state party endorsement, Valverde sent out a press release decrying the action.

“Someone with this kind of history is unfit to represent our district, and completely unworthy of our party’s endorsement,” it read.

Valverde, who has a background in communications and fundraising, is currently home raising her two young children. Acciardo, a general practice lawyer with an office in East Greenwich, has one adult daughter.

Valverde said the District 35 voters she’s talked to are concerned about good schools, the environment (especially the coastline) and reproductive rights for women. She said people also want a strong economy.

Acciardo said his experience is his biggest asset.

“When I’m elected I know how to work with the leadership and bring home things for the district,” he said. He said he thought some progressive ideas were out of step, such as the opposition to the natural gas power plant proposed for Burrillville.

Acciardo said while he backs investing in renewable energy sources, “not building that power plant may result in higher energy costs.”

Valverde is against the power plant.

She is also a strong proponent of gun control and that “common sense” gun control laws are not in conflict with people’s right to bear arms.

Acciardo said he was for “gun control without punishing law-abiding citizens.”

In looking back as his earlier career as a state legislator, Acciardo said he was proud of his work on the Narragansett Bay Commission, including the acquisition of the East Providence waste treatment facility, and helping with the extension sewer lines in his district and water lines to the homes near the Central Landfill. In addition, he supported the closing of the Ladd School, which was home for many people with developmental disabilities, including his brother, in favor of group homes in the community. The school closed in 1993.

One of the biggest challenges facing Rhode Island, he said, was the substance abuse addiction.

“I don’t have the answer but I think we have to look at additional resources for law enforcement and educators,” he said, but he added that maybe the state should look at what Portugal had done – decriminalizing drugs.

“Everyone that I know in this state has been affected,” he said of substance abuse. “That would be one of my main issues. I think we have to tackle that head on. If we can clean up the Bay, if we can close down Ladd School, if we can tackle issues like that, we can tackle addiction.”

For Valverde, diversifying the job sector is one of the state’s biggest hurdles.

“One of the biggest challenges for Rhode Island is we do need to diversify our job sectors, so that young people who are graduating from high school, graduating from our amazing universities, can actually stay here.”

Both candidates consider their strength to be the same thing the other candidate considers a weakness.

“I think you need someone that is middle of the road, someone who’s done the job before,” Acciardo said.

“Of all the candidates, i think I’m the most viable candidate. I’m the only one with experience,” he said, including Republican Dana Gee in that roundup. “I had a great record as a state senator. It’s not whether you like me or don’t like me. Who do you want going to the General Assembly to work for you – someone who’s been there, or someone who’s never held public office at all?”

“People don’t want somebody else who goes to the State House and says, ‘I know how the system works so I can work within it.’ People want to see the rigged system taken down. Politics should not be based on how long you’ve known someone and what they’ve done for you,” she said.

The primary is Wednesday, Sept. 12. If you want to vote in the primary and have not registered to vote at your current address, the deadline to register is Aug. 13. For information about voter registration, click here.