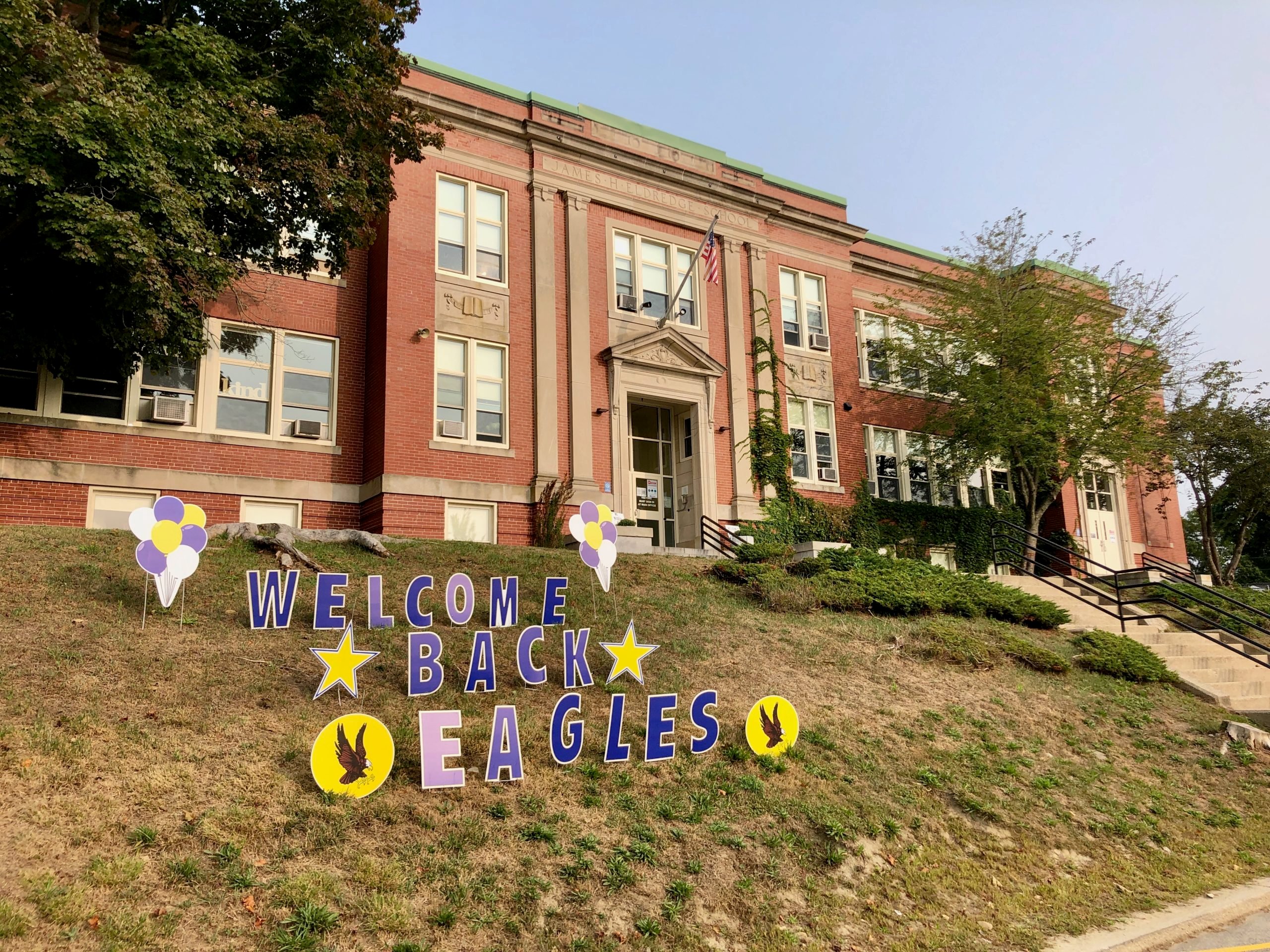 There is the way the state said it would handle COVID testing and positive cases for students and school personnel, and there is the reality, Supt. Alexis Meyer explained to the School Committee Tuesday.

The reality is school officials are hearing about positive COVID-19 cases from the individuals affected and having to wait days for the state Dept. of Health to offer guidance on how to handle a particular positive test.

As a result, classes are being sent home for distance learning out of an abundance of caution, said Meyer.

This week, that’s happened to one class at Eldredge, where a staff member tested positive earlier this week, and to two classes at Hanaford which were “connected,” Meyer said. So far, nine weeks into the school year, 12 members of the in-person EG school community have tested positive for the virus. Still, there have been no cases of virus spread at the EG public schools. Meadowbrook Farms is the one school that has not yet had a positive case.

“This was the whole purpose of the stable pods,” explained Meyer Thursday, “to be able to isolate one classroom and keep the rest of the school up and running.”

Still, school officials did not think they would be handling quite so much of the contact tracing part of this virus. The state had planned to handle that, but the rise in cases statewide – not among schools so much as the general public – has spread resources at DOH thin. They are hiring more contact tracers but for now school districts are having to make decisions in the dark.

“In a case where I learn of a positive, whether it’s a student or an adult, I have to make a determination,” Meyer said. “I have to ensure the safety of all students and staff.”

Eldredge Principal Dan Seger acknowledged the challenge. In addition to the current staff member who tested positive, Eldredge has had a few other cases, he said.

“We have reached out to RIDOH for guidance with regard to each scenario and have taken action based on said guidance,” Seger said. “Recently, it did take over 48 hours for a response from RIDOH following a positive test result. While awaiting guidance, the possibly-impacted classroom shifted to distance learning out of an abundance of caution. The challenge has been the waiting for guidance and the increased communication (mostly via email) with families and staff with each instance of a positive case. People ultimately want to know that they, their children, and/or their families are safe, which I respect completely.”