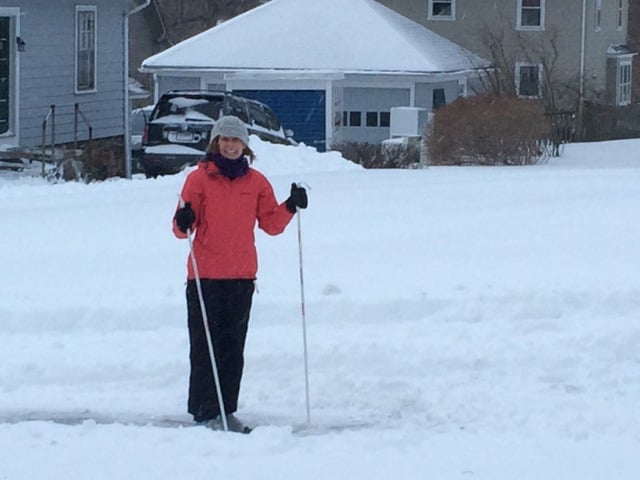 Snowflakes were still falling as the sun set Tuesday on the biggest winter storm of the season, if not the “historic” storm that had been predicted. The total amount of snowfall in East Greenwich was 17 to 18 inches.

“The DPW and the town workers do wonderful work and always get us up and ready in the fastest and safest manner possible,” said Mercurio via email. “In this case, we just needed another day to get things cleared to a point that would maximize the school community’s safety.”

Town offices will reopen at noon on Wednesday. Trash collection resumes Wednesday (and recycle is ON), delayed a day through the rest of the week.

Shovelers, sledders and cross-country skiers came out Tuesday afternoon after the majority of the snow had fallen.