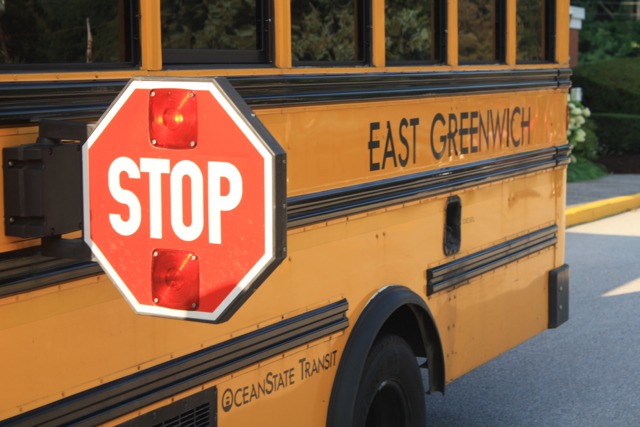 It’s been one month since Ocean State Transit school buses in East Greenwich carried students to school. Now, the school district is trying to decide if it should pay for bus service through June, as would normally be the case, or not pay, which could be a breach of contract.

“$438,000 is a lot of money for bus transportation the district will not be using,” said EGSD lawyer Matt Oliverio at last week’s virtual School Committee meeting about the bill for April, May and June.

The situation is complicated. For one thing, the three-year contract between the district and the OST goes through the end of this year but has a one-year, 3 percent increase extension baked in.

It could be that federal stimulus money (Rhode Island is getting $1.2 billion in CARES money) will reimburse districts for this sort of expense. Or reimburse the bus companies. But no one knows that yet.

And, there is one other issue, as pointed out by Committeeman Jeff Dronzek. There are only two bus companies that serve Rhode Island, so there’s not a lot of competition. OST has been a good partner to EGSD, Dronzek and Oliverio agreed, and negotiating bus contracts can be a painstaking process.

“I certainly don’t want to pay money we don’t have to pay,” said Dronzek. “I would say, continue the contract and wait two weeks.”

By then, it’s possible the state Dept. of Education will have issued some guidance with regard to bus contracts. In light of the uncertainty, the School Committee decided to wait until its next meeting, April 21, to see if RIDE could figure it out.