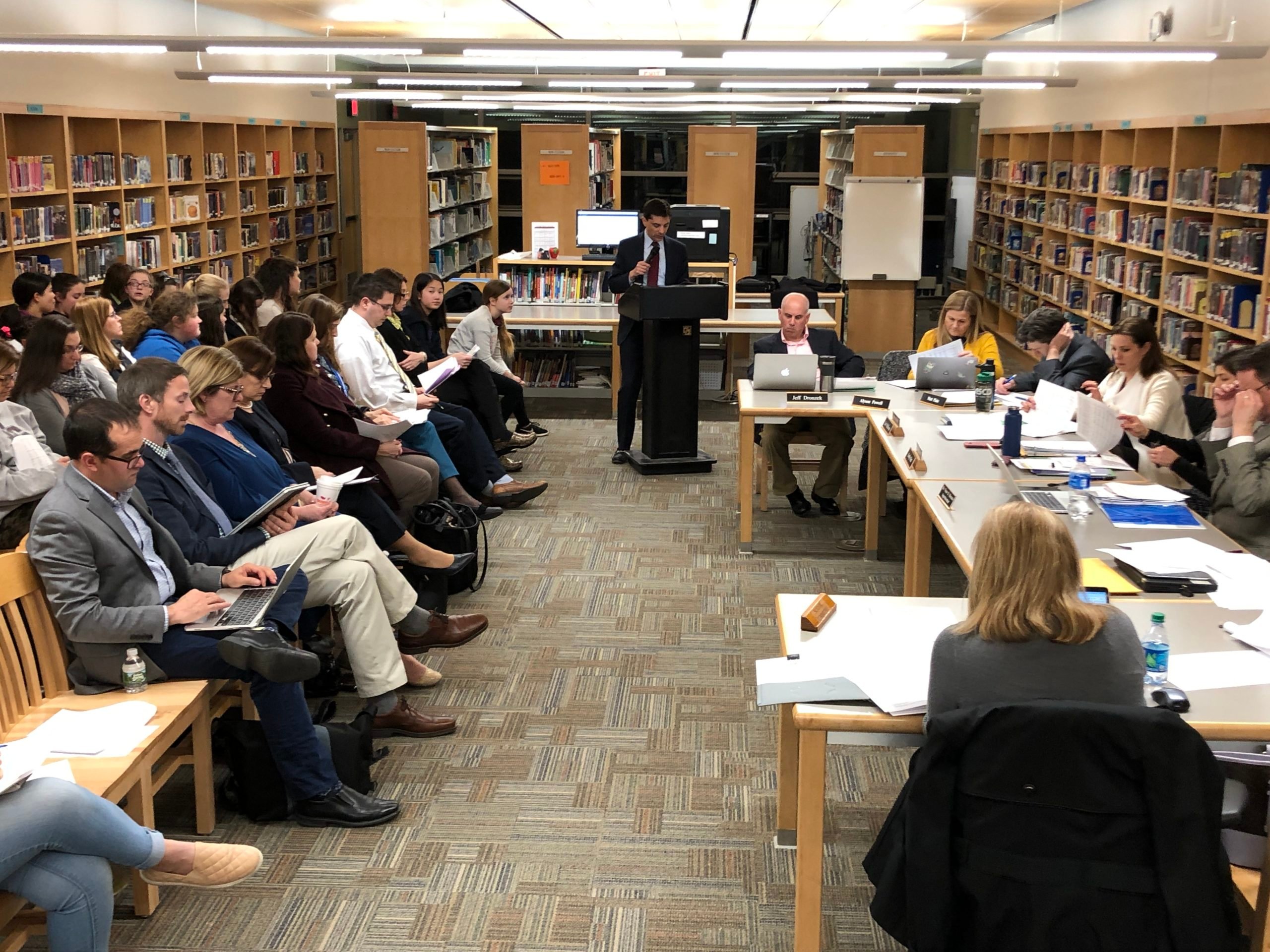 With the School Committee’s deadline looming to send a fiscal year 2020 budget to the Town Council, Chairwoman Carolyn Mark had a question Tuesday night for town and school finance consultant Mike D’Amico.

“I want to cut to the heart of the matter … we’re not going to see a roll up of the whole budget until next Tuesday. Will it be within the 4 percent cap?” she said.

By state law, a school district can only ask for 4 percent more than it received from the town in the last budget. The town gave the schools $35 million this year; 4 percent of that would be $1.4 million, D’Amico said.

“Yes, you’ll be within that,” he pledged.

D’Amico declined to say the exact budget number pending final calculations. But if indeed the budget remains under the 4 percent cap, it would be the first time in three years that the School Committee wasn’t going into a budget hearing facing significant cuts to even get to a 4 percent “ask.” And the budget will not rely on using surplus to fund operations, as had become almost routine in recent years.

The School Committee plans to vote on the budget at its meeting Tuesday, April 9. By Town Charter, it must submit a budget to the Town Council by April 15.

One thing that helps the 2020 budget is the zeroing out of the line item for capital maintenance, a savings of $300,000. Instead, the School Committee will vote Tuesday on asking the Town Council to put a $5 million bond referendum before the voters later this year to provide money for a number of projects.

One thing that hurts the budget is a proposed $600,000 reduction in state aid next year, which just to cover that drop would require the town give nearly 2 percent more to the schools.

Yet, D’Amico’s 2020 personnel budget includes money for several staff additions that have long been sought. Those include an additional $95,000 to pay the full cost of a director of administration (i.e. finance director), a position that was split between the town and the schools this year. The 2020 budget also restores a part-time (0.6) chorus instructor to the high school after two years without one. (Read more about the chorus position here.) The 2020 budget also calls for the equivalent of two more people in the IT department, and three more paraprofessionals to work with students one-on-one. In total, the proposed increases to personnel equal $472,217.

D’Amico’s total 2020 budget for personnel, which makes up around 80 percent of the entire school budget, is $31.8 million, an increase of $840,000 over the 2019 forecast. D’Amico said the increase reflects contractual raises along with the $472,000 in additional staff.

He noted putting the budget together had been a painstaking process.

“There had been numerous mistakes,” he said.

On Wednesday, he said these mistakes date make several years but that they didn’t change the bottom line so much as make the whole process more confusing, with certain lines over budget and other lines under budget.

“The total always seemed all right,” he said. “I can’t say for sure when [the mistakes] started, but it does not seem like this is a recent change. It seems like this has gone on for quite a while. I really can’t explain why somebody didn’t notice this in the past.”

School Committeeman Jeff Dronzek, who chairs the panel’s finance subcommittee, said this year’s budget process had been markedly smoother. He said district finances appear to be normalizing but that the district is still working to regain lost ground from years of lean budgets.