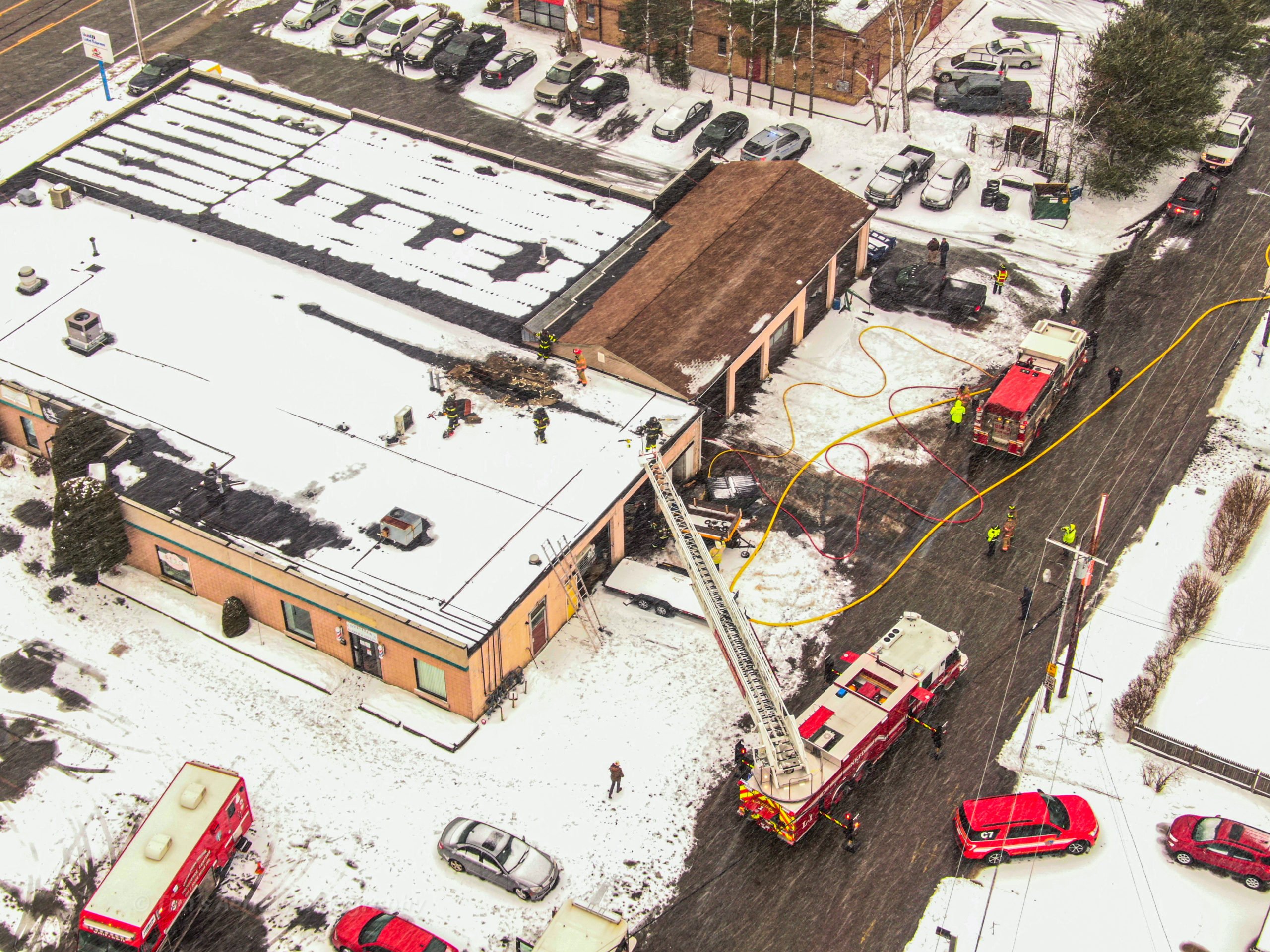 Above: The location of the fire on the roof is visible from this drone shot. Credit: Tim Cure.

A roof fire at the building at 5601 Post Road midday Monday prompted the evacuation of the businesses there, including L&S Automotive, a dance and fitness studio, and Ronzio Pizza.

The alarm sounded at 11:39 a.m., after employees at L&S Auto smelled smoke. The fire was at the back of the building but extended into the dance studio. No one was injured.

“It was contained quickly but it probably burned for a while undetected so there’s damage to the structure,” said EGFD Chief Bernie Patenaude. “The businesses will be closed for a while until they can get the electric checked.”

L&S owner Lenny LaFleur said he’d never experienced anything like this in the 35 years he’s been in business, 15 at this location.

No word yet on the cause of the fire. North Kingstown also responded to the fire – their ladder truck was needed to gain access to the roof because EG’s ladder truck is in need of repairs. West Warwick and Coventry covered EG’s stations.

Coincidentally, L&S is next door to Oriental Cleaners, where a homemade “firebomb” was found in the back parking lot in January. That case, according to the State Fire Marshal Tim McLaughlin Monday, “is still a very active investigation.”

The scene of the fire at 5601 Post Road Monday. Credit: Tim Cure