Above: Rocky Hill Country Day School’s Denzel Correia gets air during a game this past season. Photo courtesy of RHCDS

Denzel Correia of Rocky Hill Country Day School has been named the 2021-22 Gatorade Rhode Island Boys Basketball Player of the Year. This is the first time any student from RHCDS has been tapped as a Gatorade athlete of the year. 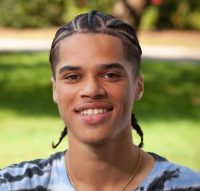 “[Correia’s] dedication to his game, his team, and his school, both on the court and on campus, is unparalleled. Denzel represents all we ask of our student-athletes: resiliency, effort, and pride. He set this goal for himself and tirelessly worked towards it and we are so proud of him,” said Megan Williams, Rocky Hill Country Day School athletic director.

Correia developed and led leadership activities for middle school students at Rocky Hill and he has volunteered locally at the Vincent Brown Community Center in Providence as a youth basketball coach and mentor. He has maintained a 3.24 GPA in the classroom. A Warwick resident, Correia remains undecided regarding college plans.