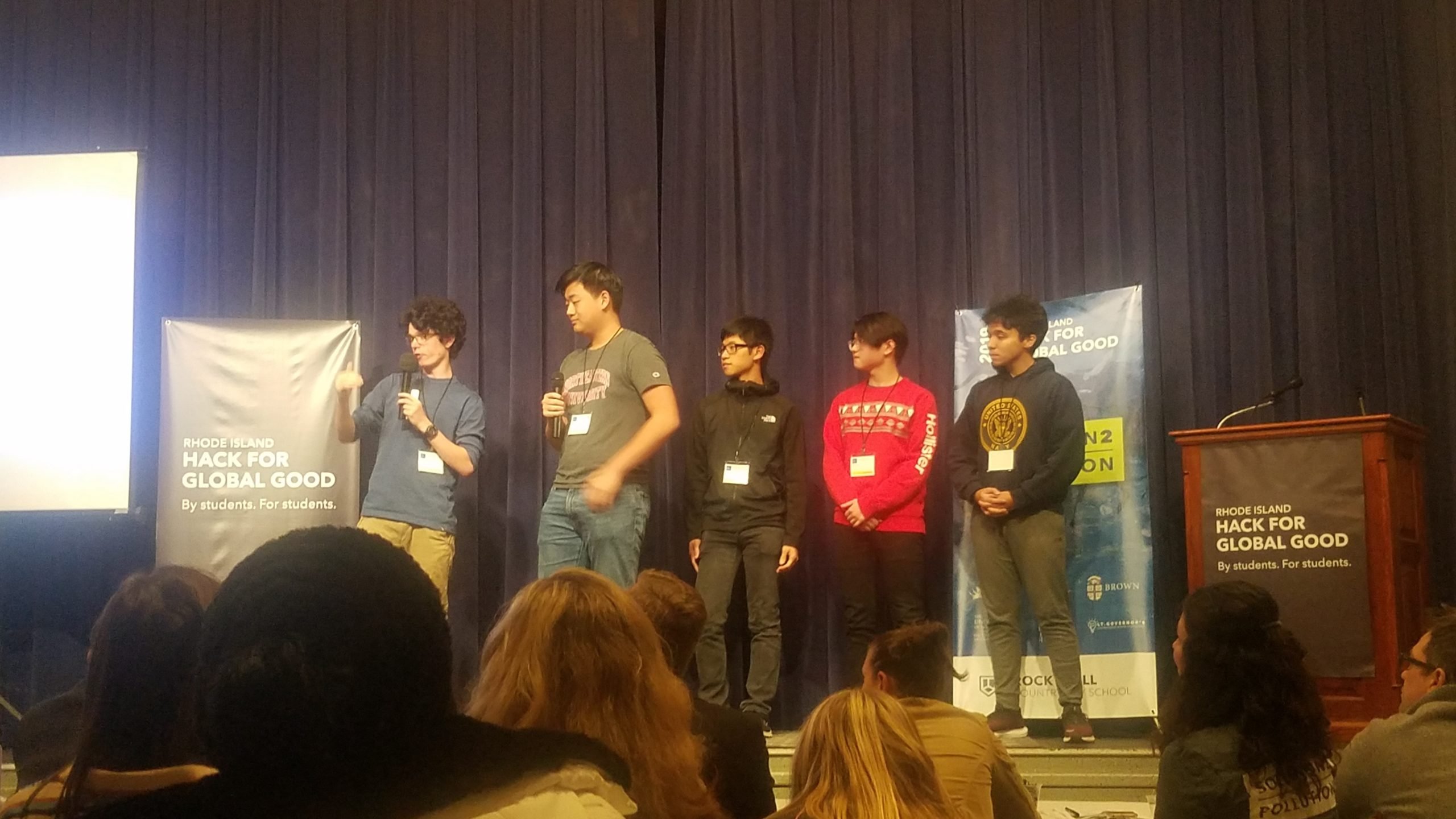 Earlier this month, small groups of high school students from East Greenwich, Warwick, Narragansett, and Providence gathered at Rocky Hill Country Day School. There, these teams prepared to embark on a grueling yet mentally stimulating event: a hackathon.

This type of hackathon, contrary to its connotation, doesn’t require much computer coding. In fact, it may not require any at all. Rather, it’s hacking in the sense of figuring something out. High school “hackers” from all backgrounds – artists, science-lovers, coders, presenters – were all encouraged to come and try to solve one of the world’s problems. 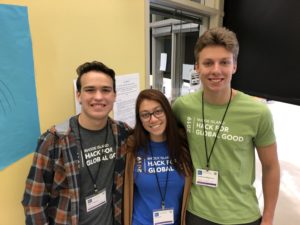 Rocky Hill’s “Hack for Global Good,” which started last year, is focusing on environmental issues. Last year, the hackathon had students work on the challenges of climate change.

The initial idea behind a Hack for Global Good started with a question.

One of the student founders, Cortlandt Meyerson, said he just asked if it was something they could start at Rocky Hill.

“I was expecting there to be some resistance,” he said, “but they just said yes. It really took off from there.”

Meyerson, alongside his friend and fellow student, Ben Pogacar (who lives in East Greenwich), started the first Hackathon. With the guidance of Meg Stowe, the innovation director at Rocky Hill, they transformed the event from a small, local event into a statewide hub for innovation, complete with prizes such as internships, official citations, and even opportunities to pitch in front of venture capitalists.

“I can’t tell you how many amazing people are here,” said Meyerson, referring to the mentors and presenters brought in for this year’s event. “They’ve done things I can’t begin to imagine doing.”

Before the students began their “hacking,” they received a keynote speech from Brown University’s entrepreneur-in-residence, Arnell Milhouse. Milhouse emphasized the need for young entrepreneurship and initiative, especially considering the challenges of climate change.

“We’re running out of time,” said Milhouse. “We have the ability to create the solutions, but we don’t have the leadership. The adults on this planet have failed the youth, [so] it’s time for the youth to take it upon themselves. We need the fertile minds that are here to create something that will be the next great thing to save our planet.”

With that, the teams embarked on their journey to find a “Solution2Pollution.” From 4:30 to 9 p.m. that Friday, and then from 9 AM to 5 PM on Saturday, teams brainstormed, designed, and prototyped their ideas. Only the students and their mentors knew what was being created.

“I have no idea [what to expect],” said Diane Rich, head of school at Rocky Hill. “That’s the really cool thing, the open-endedness of it.”

“I’m really excited to see what the students to come up with,” he said before the pitches. “I’m expecting to be flabbergasted, to not have even slightly thought of what they’re doing.”

In developing their product, the team from East Greenwich High School took an unconventional route. Using their proximity to Narragansett Bay (Rocky Hill sits right on the bay), the EG team collected kelp and other plants to model their idea, the “Plant Treatment.” Their idea was to create a solution to river and ocean pollutants, employing flora such as kelp and algae.

“Eventually, we came up with enough research to come up with an idea that was clear and cohesive and checked all of our boxes,” said Chris Teng, a member of the EG team in describing how the team created the idea. “It was simple and something that we could see being a real invention.”

When pitches began at 5:30 on Saturday, the competition was tough. Before a panel of 10 judges from a variety of backgrounds, each team strove to promote their product as most impactful, most imaginative, or most articulate.

Yet, the EG team’s rigor and real-life experimentation paid off. Led by the articulate duo of Andy Babb and Chris Teng, the team earned Best Pitch.

As a prize, the team received a citation from Lt. Gov Dan McKee, a citation from Gov. Gina Raimondo, possible internships, an opportunity to pitch in front of venture capitalists, as well as a 1×1 mentorship with keynote speaker Milhouse.

However, members of the team said they valued the experience more than the prize.

“It’s nice to be recognized for the work that we did,” said Teng, “but I was more focused on the education itself. The beauty of the event [was that] we could do the research, come to our own conclusions, and try to find our own solutions.”

Overall, the weekend appeared to offer a valuable experience for everyone.

“Hackathons are perfect petri dishes for the leaders of tomorrow,” said Milhouse. “It’s a short 2 to 3 day window where there are realms and opportunities to see an idea they have become embraced, accepted, and lauded.”

Added Teng: “It’s not something that I’m going to forget for the rest of my life.”

Suraj Sait is a senior at East Greenwich High School and a member of the 2018 EGHS hackathon team.