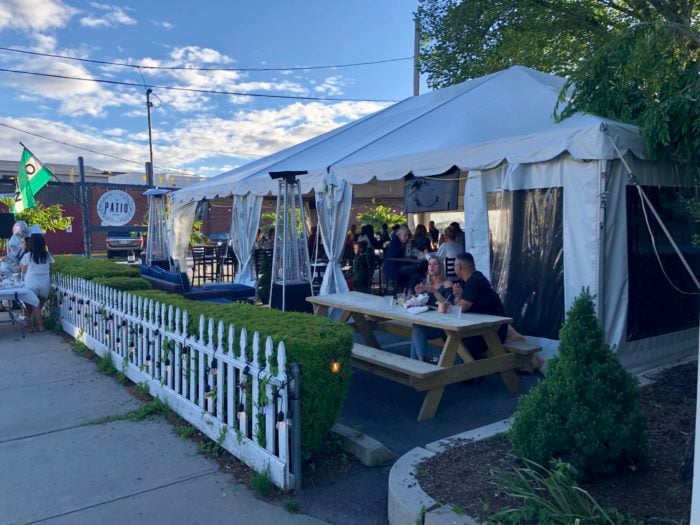 Every year in November, local restaurants, bars, clubs and liquor stores need to renew their victualling and (if applicable) liquor licenses, a time-consuming process for all involved but one that only steps into public view at the end, when the renewals go before the Town Council in its role as the town’s Board of Licensure.

Monday evening, Nov. 22, was the second night the council had addressed the long list of applicants. On Nov. 8, several entities were approved by the council; the rest were continued to Nov. 22 because of gaps in their applications. In many cases, the gaps were understandable. Applications require updated building and fire marshal inspections, certificates of good standing from the state Division of Taxation, as well clearance from the state Dept. of Health and from the town’s own finance department (re local taxes, including sewer taxes). It can be a complicated dance.

The council on Monday approved most of the victualling licenses that hadn’t already been approved, save for the license for Simon Says Cafe. Owner Vlad Borovsky explained he was having difficulty with the online portal – a relatively new system meant to streamline the process – explaining he’d forgotten his password and wasn’t being allowed to register for a new one.

In many cases, owners were in attendance and, after a brief discussion about what was outstanding on the application, the council (minus Caryn Corenthal, who was absent) would vote to continue the application and extend the licenses until their meeting, Dec. 13. The extensions were pivotal since the licenses expire Nov. 30.

The longest discussion was with the owners of The Patio, Jason and Angel Winpenny, and their lawyer, Sean O’Leary, not because of their renewal application but about their request for an expanded entertainment license, from two nights to seven nights a week, as well as concerns from the town’s building inspector over the size of the tent at The Patio.

At the council meeting Nov. 8, the Winpennys agreed to let the town contact abutters within 200 feet of the property to make sure they were aware of the requested entertainment expansion. Two abutters spoke Monday, with the first, Ron Bomberger, noted he and his wife could not live closer to The Patio since they share a property boundary. He said they have been very happy with the Winpennys, saying they and the Patio staff have been extremely considerate.

The other speaker, Manuel DaSilva, who owns 461 Main Street, across Union Street from The Patio, expressed concerns that allowing an expanded entertainment license might not be in the best interest of people living in the area, including the future residents of 15 condominiums he is building at 461. He also said The Patio still has not solved its parking problem and he mentioned the size of their tent.

“There’s nothing personal other than the fact that in this town there are rules and regulations and you have to follow them,” said DaSilva via Zoom (Town Council meetings are hybrid right now – in person and on Zoom). “This is an issue of fairness for all taxpayers … if you allow exceptions to start, then you’re going to start a trend.”

Town Council members said there was nothing exceptional about the Winpennys’ application and that they would have to abide by the town’s noise ordinance along with every other venue that has an entertainment license.

But Town Solicitor Andy Teitz noted that Building Inspector Ernie Maniero, who was not in attendance, had said via email he would not sign off on the building inspection with the current tent, which is about double the size allowed by the town – 400 sq. ft. for a “temporary” tent. It’s been up since July 2020 and was always in violation of the town’s zoning ordinance but, because the town didn’t enforce the ordinance in an effort to support businesses during the pandemic.

“In 2020, we did not enforce a lot of regulations,” said Teitz. “We were trying to help businesses survive…. For the last several months, they have known they needed to do something about that tent by Nov. 1. We’ve been saying all along that the tent would need to comply now.”

O’Leary argued strongly that the tent was allowed under the governor’s COVID relief – which extends to April 1. He said the Winpennys had only agreed to move the tent 10 feet away from their Main Street neighbor to the north, to provide a proper setback.

“Reduction of the tent was never part of the agreement,” O’Leary said. Rather, that was part of a discussion about what will happen as of April 1.

The application was continued to Dec. 13 with the proviso that O’Leary and Teitz would work on legal details.

PB Restaurant and Bar, which is in receivership and currently closed, was seeking a renewal of its victualling and liquor license, something that raised questions for councilors. Why would they need the licenses if they had closed? Councilor Mike Donegan asked if the owners could sell the liquor license. They could, according to Teitz. While closed, they are able to hold onto the license for up to a year, he said.

“If someone wants to sell a license, they can but the transfer is subject to council approval. If the license expires, it reverts to the council,” Teitz said.

The council voted 3-1 to approve continuing the application and license to Dec. 13, with Councilor Renu Englehart voting against since the business was closed.

Low Key Cafe’s application was also continued to Dec. 13, for a possible show-cause hearing where the Town Council could potentially revoke their license. This follows an incident over the weekend when police found three people drinking at the bar at 2:30 a.m. Town law dictates restaurants and bars close at 1 a.m. and that no liquor can be served.