Pawtucket police released a report Tuesday chronicling the charges against EGPD patrolman Mark Edmonds Jr., 25, including three felony charges of assault by strangulation. Edmonds, who joined the EGPD in April, was placed on paid suspension following his arrest Saturday.

The report was initially made to North Providence police on June 1 by Edmonds’ wife, who said she feared contacting Pawtucket police. The couple was living in Pawtucket with their infant child. 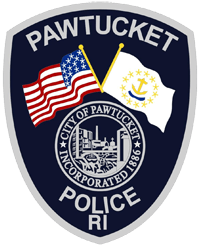 Pawtucket police were contacted and completed the police report.

The woman outlined several instances of abuse, starting on her birthday in February 2018. According to the report, Edmonds put his hands around her neck on that date, again in September when she was several months pregnant, and finally on May 31. According to the report, Edmonds threatened to kill himself several times over that past year; police recovered his firearm, which was lying loaded and unsecured on a bureau in a closet.

The woman said she was physically abused two other times while pregnant. Early in the morning of Saturday, June 1, she said she called the Pawtucket police four times (which the report said was documented on her cell phone) but Edmonds refused to let her complete the calls. The woman said she had not reported the abuse earlier because she was afraid of what Edmonds might do.

Edmonds was hired in April after an 18-month stint with the Brown University police. According to EG Police Chief Stephen Brown, Edmonds’s background was thoroughly vetted before he was hired. First-year officers are on probation and not protected by the Police Officers Bill of Rights.

Edmonds is due in 6th District Court Thursday, June 6.