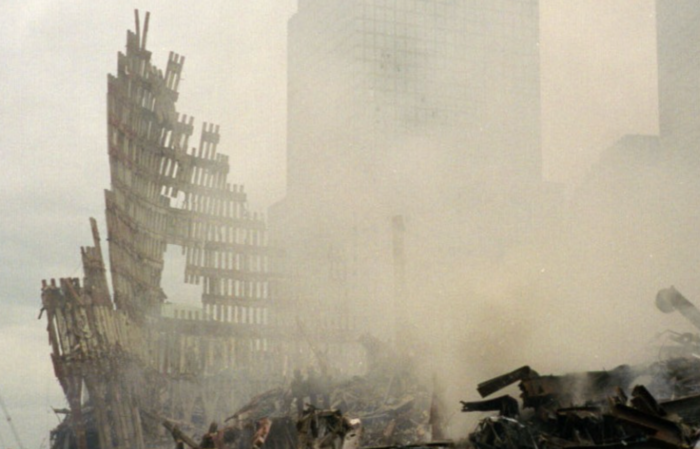 Above: The smoking wreckage of the World Trade Towers – Ground Zero – days after the 9/11/2001 attack. Photo credit: Selim Suner/Brown University

On Thursday, the Criminal Justice Club at New England Tech held a remembrance of Sept. 11, 2001. Honor guards from several communities were in attendance, including from EGPD and EGFD. The featured speaker was Leo Sullivan, retired Cranston FD deputy chief and a former member of the R.I. Disaster Medical Assistance Team. 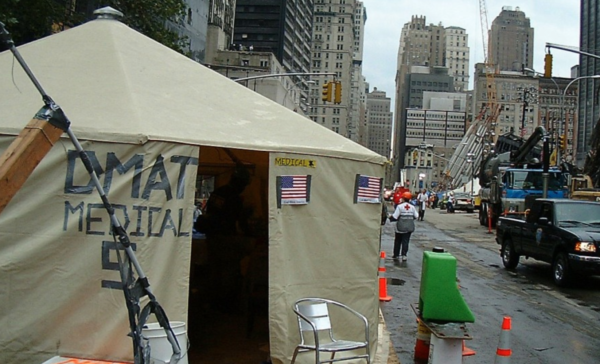 Leo Sullivan got the call the evening of Sept. 11, 2001 – the Rhode Island Disaster Medical Assistance Team (DMAT) was heading to New York City to help. On the way down, however, they were diverted away from Manhattan, to Stewart Air Force Base in Newburgh, north of the city.

“They didn’t know if the attacks were going to continue,” he said of officials. Indeed, there was much uncertainty in the days after Sept. 11, when four planes were commandeered by men angry at U.S. actions in the Middle East. Three of those planes hit their targets – the two World Trade Towers in New York and the Pentagon in Washington D.C. The fourth – perhaps headed to the U.S. Capitol – crashed in a field in Pennsylvania when passengers rushed the cockpit after learning what had happened to the other three planes.

By the end of Sept. 12, 2001, the RI DMAT team made it to Manhattan, where members would work for two weeks in the midst of the smoldering World Trade Center ruins.

And signs featuring pictures of missing loved ones who had been in the World Trade Towers that terrible day. While everyone was hoping there would be survivors to treat, the team ended up treating those working recovery on the site. Only 20 people survived the collapses, the last pulled from the wreckage before the RI DMAT team even arrived.

One day while Sullivan was working, someone from the Red Cross came and started putting up these handmade posters. They were from school kids in New Jersey who had drawn their impressions about what happened and was happening at the World Trade Center.

“They thanked us for helping,” he said, pausing with the recollection. The display included the name of the school and the classroom teacher. “I was on a break and so I called the school. They put me through to the teacher after I explained where I was, and I thanked them.”

Sullivan said the teacher was stunned her students’ posters had ended up right down by the World Trade Center – “right there on Liberty Street.”

When the team was at the site, they had to wear respirators. Once officials began to fully understand the toxic nature of what was in the air, anyone working in the area had to take off their boots at the edge of the site.

“They didn’t want the rest of Manhattan to be contaminated,” Sullivan recalled. “The hotel we took over asked us to leave all of our uniforms in the hallway and they came by every day, took our uniforms, cleaned them for us and hung them back up.”

Sullivan said he tries not to think about those two weeks. “You do think of certain things and some I will never talk about because you don’t want to hear it, you really don’t, some of the stuff I’ve seen,” he said. He has stayed in touch with some of the friends he made there.

“I still keep in touch … just to talk once in a while,” he said.

Usually when the anniversary of Sept. 11 rolls around, he and a friend who also worked on the team meet up for a drink or two at a small pub. But that friend has moved to South Carolina, so Sullivan said he’s not quite sure how he will spend the anniversary this year.

Because it’s the 20th anniversary, Sullivan did say he wanted to go down to New York, to the site, sometime during the next two weeks.

Sullivan said he remembered all the flags everywhere when he got back from New York and seeing flags waving still makes him feel good.

“I think some people are still being extremely patriotic,” he said. “I think that’s important, I really do.” 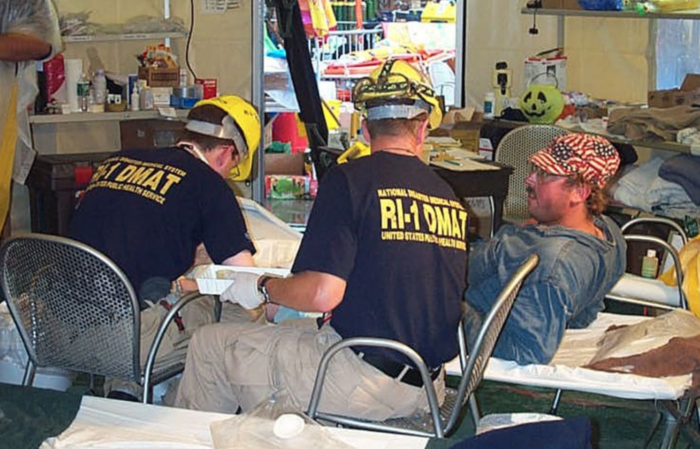