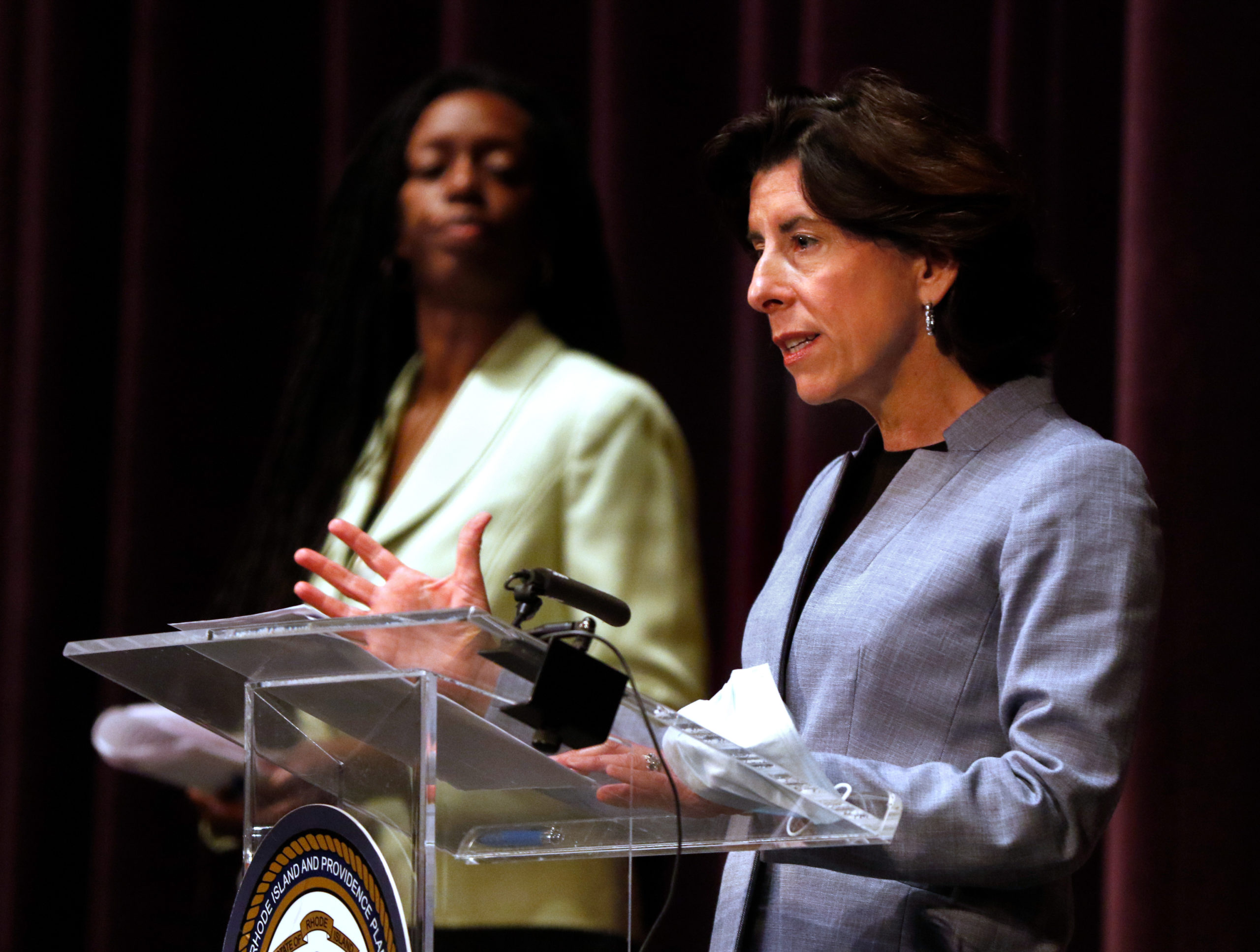 On the first day of Phase 2, the number of new cases declined significantly from 106 on Sunday to 67 today. There were 14,991 total cases statewide Monday. Of the 195 people currently hospitalized with the virus, 46 are in ICU and 29 are on ventilators. There were 18 fatalities on Saturday, 7 fatalities on Sunday and 2 fatalities today.

Gov. Gina Raimondo has spent the past month preparing for a wider reopening of the state during Phase 2, which started Monday. And, indeed, the low number of cases seemed a good sign. However, the protests in Providence over the death of George Floyd at the hands of police in Minneapolis, overshadowed the significant changes allowed under Phase 2.

Over 1,000 people took part in a protest Saturday in Providence.

“I want to commend them for the fact that nearly all of them had on masks, were socially distanced and very peaceful,” she said during a Monday press conference. “It made me proud to be a Rhode Islander to see that.”

However, Raimondo noted the concern about a possible outbreak due to the large group gatherings. While she stated that protesters have the right to peacefully protest, she said she would be crazy to not be worried about the health and safety of residents.

She asked protesters to continue to wear masks, practice social distancing and follow the guidelines to prevent going backwards with the virus. She said strategies are being constructed for a public health response that allows people to protest and ensure that everything is being done to make sure there’s not an outbreak.

Raimondo said more than once during the press conference that she does not believe in a heavy-handed enforcement approach to peaceful protests, seemingly a reference to President Donald Trump’s views on the matter.

She said she was on a weekly call today with the president where he urged governors to be tough in relation to the protests occurring throughout the country.

“The word he continued to use over and over again was ‘domination,’” she said. “He said the only way to deal with certain protesters is to dominate.”

In response to his point of view, she believes that every person needs to do whatever they can to decrease violence and increase the act of listening with empathy and sincerity.

“Overall, we need to all be asking ourselves what can we do to play a peaceful role and I find rhetoric which is overly aggressive is actually not that productive,” she said. “It incites more anger and violence.”

She emphasized her gratitude for the absence of looting, violence and fires at protests in the state unlike that seen in other places around the country and confidently said Rhode Islanders will be kept safe.

She said that the virus exacerbated these racial inequalities in many ways, stating that higher positive percentage rates of the virus in the state are being seen in communities of color.

In response to Raimondo’s statement about being a white woman of privilege, a reporter asked her if she felt that was minimizing the amount of work she put in to be successful. She immediately responded: “I don’t.”

“While every single loss is incredibly tragic, we hope to keep up this trend of reporting fatality numbers that are on the low side,” Alexander-Scott said.

However, they move forward with caution as other communities in the state continue to have higher percent positive rates, as mentioned previously.

Central Falls, Providence, North Providence, Pawtucket, and Woonsocket all have positive percent rates at 15 percent and above. Alexander-Scott said these numbers are unacceptable and that the Department of Health will continue to be focused on helping these communities.

Raimondo also said only 70 percent of businesses reopening have filled out their COVID control plans and stated that every single business has to fill one out. The template for the plan is on ReopeningRI.com.

“We’re working for the best but planning for the worst,” Raimondo said. “The way you plan for an outbreak is you have that plan in place so we know what to do if it happens.”

Child care centers reopened today for the first time since March. In response to the worry about safety upon reopening, Raimondo said the Department of Human Services had come up with individual, detailed reopening plans for each child care center reopening today. A total of 4,000 staff members at about 700 facilities participated in a DHS reopening webinar last month.

“At your own pace, with your own comfort level, I’d encourage you to feel safe in letting your kids go back to these child care centers,” Raimondo said.

Alexander-Scott also explained the DOH will work throughout Phase 2 to put together plans for the future of individual nursing homes and assisted living facilities in terms of relaxing visitation and rules.

“In Phase 2, we want to keep it the way it is in terms of no visitation, but want to actively work towards what type of approach would work best,” she said.

For Pride Month, Raimondo said she will sign a proclamation later today to mark its beginning. She acknowledged that this month often includes large gatherings and celebrations and the pandemic will cause this year’s celebrations to look entirely different. However, she encouraged finding creative ways to recognize the LGBTQ community and their contributions to the state.