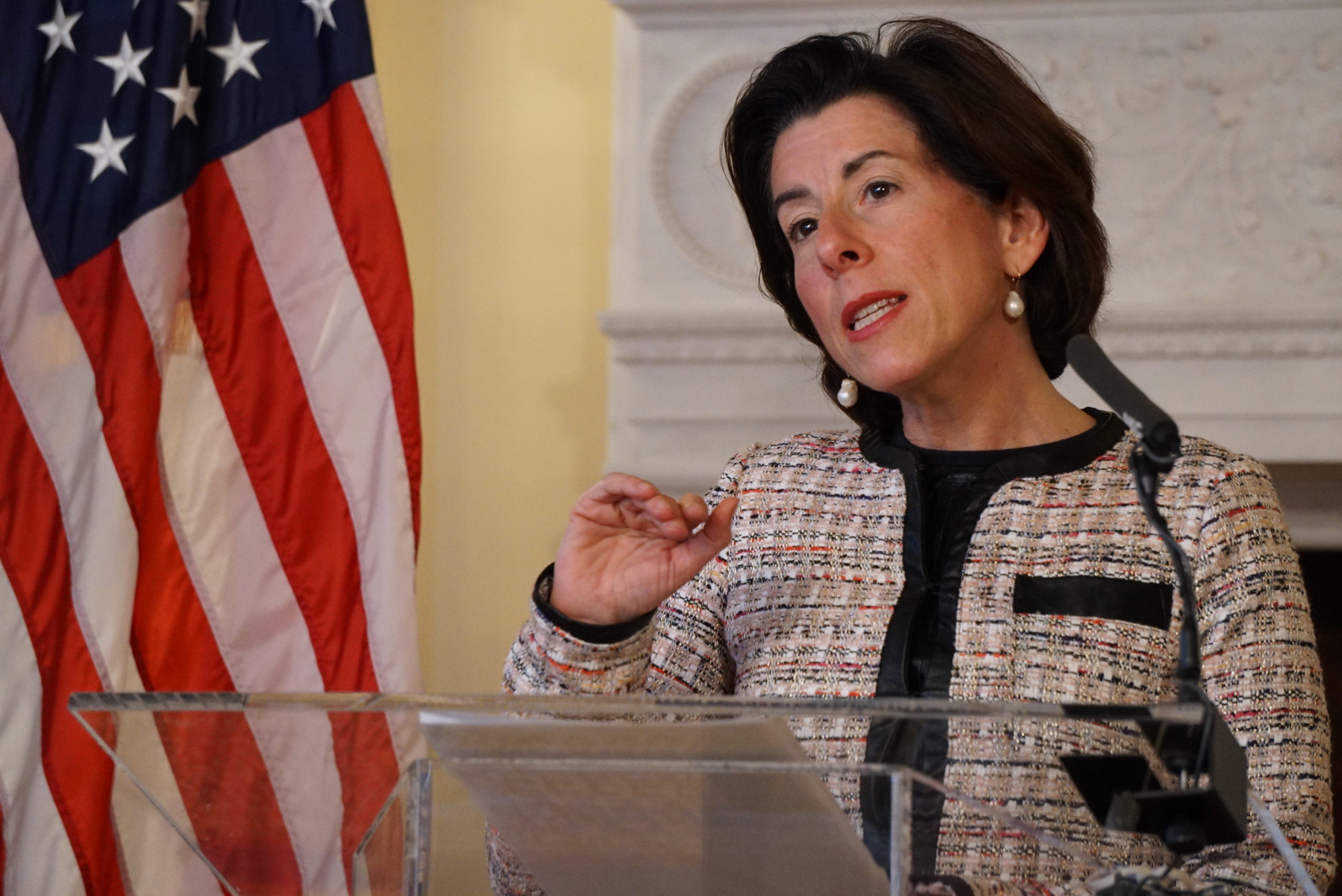 One aspect: 5,000 residents chosen at random will be invited to be tested

At her daily COVID-19 briefing Wednesday, Gov. Gina Raimondo emphasized the importance of testing while preparing to start reopening the state’s economy this weekend. Under her Phase I plan, nonessential retail stores will be allowed to reopen with restrictions (find out more HERE). Raimondo said recent data supported her plan.

“We’re at a very stable situation,” she said, noting hospital officials were feeling “comfortable” with the number of cases they are handling. “It validates the steps we’ve taken.”

Raimondo said business owners should refer to the ReopeningRI.com website for information about Phase I.

Rhode Island continues to have the highest rate of testing in the country, having tested more than 80,000 residents, over 7 percent of the population. Most states are testing just 2 percent to 3 percent of their population.

“Why? Because I want kids to go back to school in September,” she said. “We want colleges to open. That’s the goal. I can’t promise we’re getting there, but that’s the goal. That’s what we’re working for.”

Raimondo stressed that their testing needs to get to a place where a large number of people can be tested and tested quickly – within four hours of multiple cases discovered in a high-density area – pinpointing those who are infected and getting them into isolation. She said the state also needs to be able to test the people who were in contact with the positive cases and isolate them if they test positive.

“That requires a lot of testing but it’s the best way to make sure that we never again have to shut down the economy,” said Raimondo. “That is my top goal – that once we start the process of reopening, we never have to go back to what we’ve just lived through.”

Because the situation at nursing homes and other congregate living facilities has been so dire – 70 percent of COVID-19 deaths in the state have been of residents in those facilities – Raimondo said by Monday the state will have tested every nursing home resident and worker, and that protocol would be continued on a cyclical basis in order to stay ahead of any outbreaks.

In an effort to get a picture of the virus in Rhode Island, Raimondo said the Department of Health would be mailing letters to 5,000 randomly selected residents to invite them to go to one of four Stop and Shop locations in the state – North Providence, Pawtucket, Cranston and Newport – to get the diagnostic test and a blood antibody test. The letters will be going out this week; taking the tests is completely voluntary but Raimondo said she hoped people would participate.

One reason for the random testing is because people who have no symptoms have tested positive for the virus. If you test positive, as with all positives, you will be asked to isolate and to give the names of people you have had contact with. The letter will provide a time slot to go to the location.

“If you get a letter, you feel nervous, you don’t want to do it; that is and always will be your choice,” Raimondo said. “I’m asking you to do it because it’s the right thing for everyone in Rhode Island.”

By next week, Raimondo hopes to be able to roll out a phone app connecting residents to information about the virus and allowing them to track their symptoms, schedule a test and document contact tracing.

At her press conference Thursday, Raimondo will be reviewing a number of executive orders due to expire May 8.