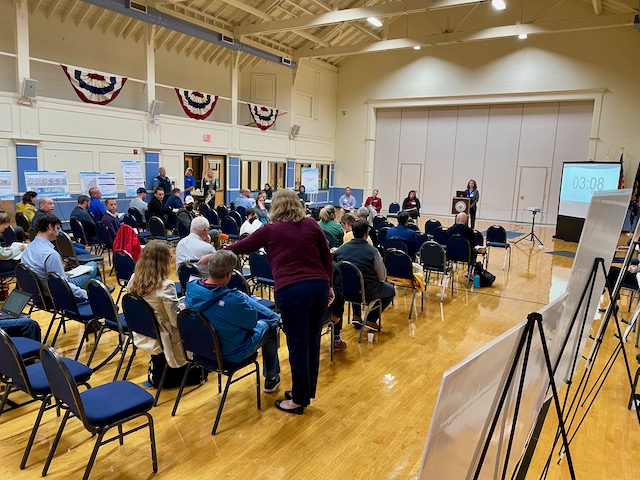 Winding its way through the regulatory process, an ambitious offshore wind farm project is being planned for the waters off Rhode Island and Massachusetts. Right now, a public comment period is open through Oct. 17 and East Greenwich was host to a public session last week. East Greenwich News only heard about the public session hours before, via Twitter, and since the session happened to be at Swift Community Center, we decided to learn more.

There was a LOT to learn (needless to say, we didn’t learn everything!).

The initial plan calls for up to 100 wind turbines, spaced 1 nautical mile apart in a section of the ocean 15 miles south of Rhode Island and 12 miles southwest of Martha’s Vineyard, with two offshore substations. Ports in Connecticut and Rhode Island will be used to support the building and maintenance of the turbines and the power generated would be carried through underground cables extending from the project through the Jamestown-mainland west passage to Quonset in North Kingstown. The cables would be installed using horizontal drilling.

National Grid (now R.I. Energy) has committed to buying 400 megawatts of power from Revolution Wind a year for the 20-year length of the contract, which could help the state achieve its aggressive goal of 100 percent renewable energy by 2033.

At the event at Swift, the public could talk with BOEM specialists on everything from how the project would affect marine and bird  life to how it would look from the shore. They had a number of visual simulations, including this one from Sachuest Point in Middletown.

The company behind Revolution Wind is Ørsted, a Danish power company with a North American subsidiary and offices in Providence. At the Oct. 5 session, several people offered their public comments, all of them positive. The speakers were from two camps: environmentalists and people from the fishing industry.

“It’s the biggest lever that we can pull,” said Amanda Barker with Green Energy Consumers Alliance.

Professional mariner Robert Groves, of Waterford, Conn., said the ocean environment was being affected by climate change so action was needed. The project would be a boon for the fishing industry, he said, adding that Ørsted had already been including the fishing community in the work.

While no one spoke against the project at the Oct. 5 session, there have been comments made at other forums and on the website, including from those in the fishing industry who are concerned about the impact of more turbines in the water – changes to the ocean floor that could affect migration patterns and habitats – as well as questioning there will be enough money set aside for decommissioning the project at the end of its life. You can find comments on the project HERE. 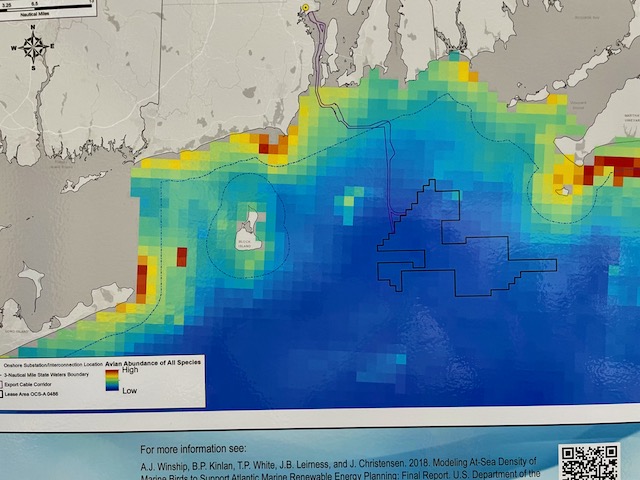 This BOEM poster shows the basic outline of the total area where wind turbines could be someday. This particular project is the first phase of 100 turbines. 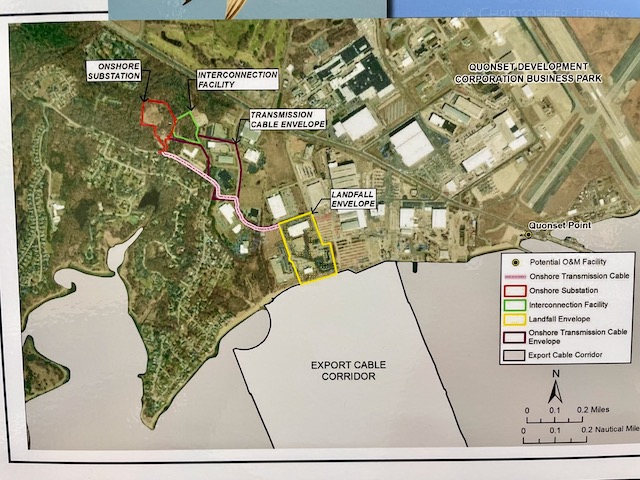 The cables from the wind farm would transport the energy to Quonset. 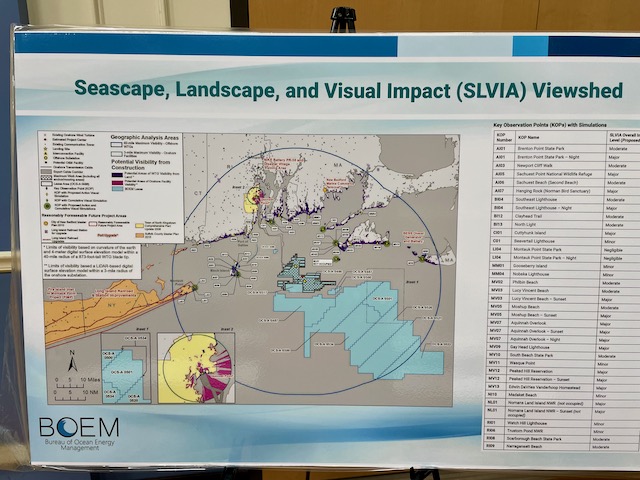 Information from BOEM about the potential visual impact of the 100 turbines from various spots along the coast. 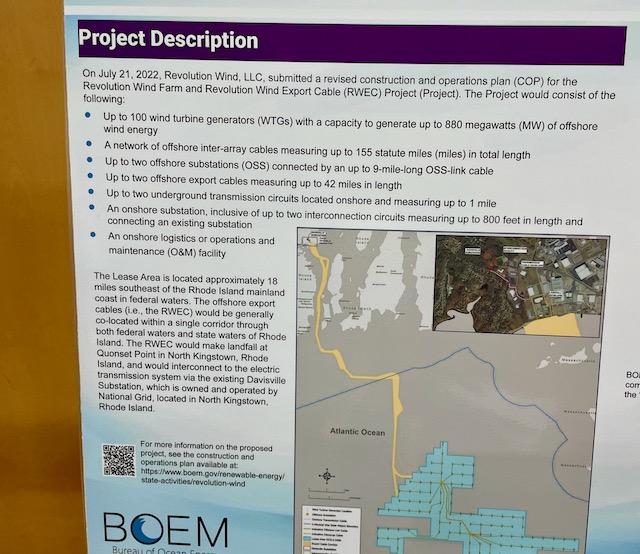 Basics about the Revolution Wind project from BOEM.