VIDEO: Principal Camps Out at Hanaford 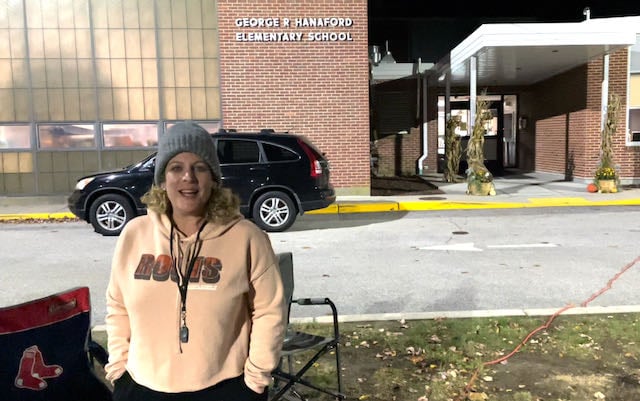 Beth Cauley’s got game. The principal of Hanaford Elementary School had promised to sleep on the school’s roof if students raised $20,000 in the fun run at the school where students collected $1 per lap. The students raised that and more – the final tally was more than $25,000 – so Cauley began planning for her overnight. The roof, she quickly learned, was off limits. Insurance wouldn’t allow it. So, she’d camp on the island in front of the main entrance.

Cauley chose Wednesday, Nov. 10, since the next day was Veterans Day, a holiday. And she got a buddy to spend the night with her – her 16-year-old daughter, Ava. With a borrowed tent and sleeping bags (“They were great!”), one air mattress and two bean bags, it was a cozy set up when this reporter stopped by around 10 p.m.

Already, Cauley said, she’d had plenty of visitors – someone left a bag of treats (enough treats for multiple overnights) and 30 families (“at least!) had driven by to wish her a good night. As if on cue, a car drove up and calls of “Good night, Mrs. Cauley!” rang out.

EG police drive by all the schools every night in regular patrols. Cauley said she’d alerted the EGPD of her plan, so they would be expecting her but not everyone was aware the principal was camping out.

At 6 a.m. Thursday morning, Cauley said, she heard someone outside the tent.

Turns out it was someone from the neighborhood out walking his dog.

“So I finally popped my head out, still half asleep, and told him I was the principal and why I was there,” she said. “He wanted to run and bring us back coffee.” 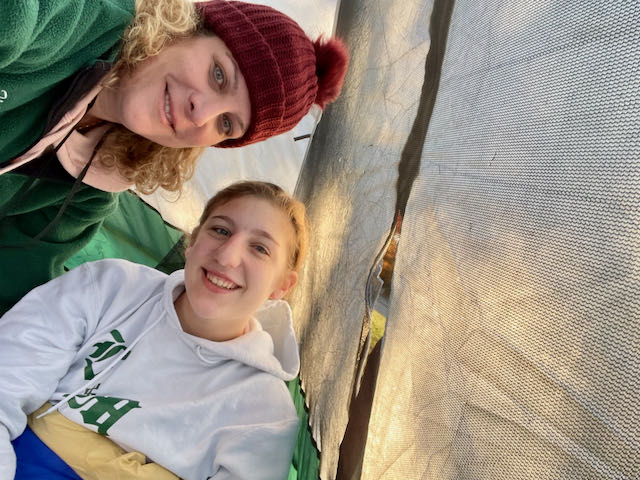 “Good morning!” Hanaford Principal Beth Cauley with her daughter, Ava, after camping out in front of the school Wednesday night. 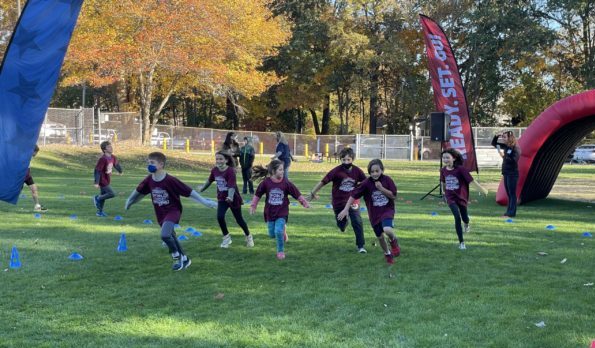 Hanaford students during the fundraiser. 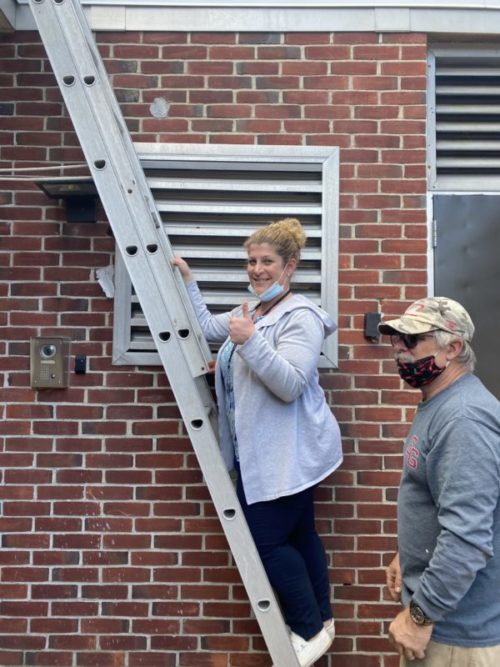 Principal Beth Cauley prepares to climb up a ladder to the roof Wednesday, assisted by school custodian Robert Black. 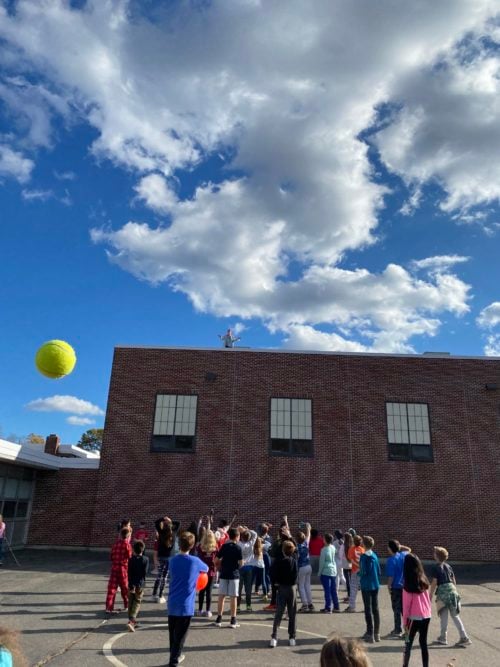 Principal Cauley throws down balls Wednesday that have made their way to the roof during recess mishaps.