12:04 p.m. – An East Greenwich man said he had been cheated out of a $200 deposit he paid for a truck he thought he was buying from a seller in New Jersey. The seller asked for the deposit but two days later, when the EG man tried to get the VIN number for the truck to obtain insurance, the seller could not be reached. The EG man had seen the truck advertised on Facebook.

1:45 p.m. – A town DPW employee told police a piece of construction fencing blew into his truck while he was driving on Castle Street. While there was damage to the truck, no one was injured.

4:15 p.m. – The manager of Kon Asian Bistro told police he’d seen a someone drive off in his car bearing one of the license plates from the Kon delivery van. Later that same night, an employee found the license plate on the floor in the front of the restaurant. The manager said he did not want to pursue the matter.

12:05 a.m. – Police cited a Providence man, 21, for driving a car without a license after he was stopped heading south on Route 4. The car was owned by one of the three passengers; her license was valid so she was allowed to drive the car from the scene.

2:06 p.m. – A West Warwick woman, 25, was stopped for speeding on First Avenue after routine checks showed the car registration was suspended. The car was towed; the woman got a ride from a friend.

7:18 p.m. – A Warwick man, 58, was arrested for driving while intoxicated and cited for refusing to take a breath test and driving the wrong way after he was stopped driving east in the westbound lane on Frenchtown Road near the bridge over Route 4. The man smelled strongly of alcohol and had bloodshot eyes and slurred his speech. He said he’d just gone out to get a pack of cigarettes. He told police he thought he was in Foster and admitted he’d been drinking all day but said he was good to drive. He refused to take any field sobriety tests; later, at the station, he refused to take a breath test to determine his alcohol level. 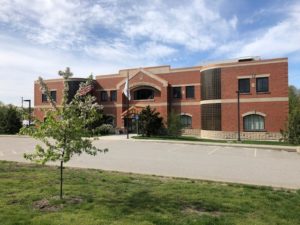 12:13 a.m. – A West Warwick man, 65, was cited and driving with an expired license after he was stopped for speeding on South County Trail. Police gave him a warning on speeding.

6:14 p.m. – A South County Trail resident told police someone had dumped a pink couch on her property while she had been away for the winter. The couch was not wet, so it seemed the dumping had occurred recently. The house shares a driveway with another house, both are set back from the street.

11:33 a.m. – Police arrested a Cranston man, 21, for driving with a suspended license after he was pulled over for holding a cell phone to his ear while driving on Division Street near New England Tech. The car was towed from the scene.

8:03 p.m. – A woman told police she and her mother had returned to her mother’s East Greenwich house to find a bedroom closet had been ransacked. There had been a dog in the  house; they took the dog and waited for police in the woman’s car. Police found no sign of forced entry; the resident did not find anything missing. There had been a thunderstorm while the older woman was out and perhaps the dog had gotten into the closet disrupting it out of fright.

12:14 p.m. – Two individuals reported their cars had been broken into while parked at East Greenwich High School. The people were there to attend church services inside. In both cases, door windows were smashed and purses taken.

4:27 p.m. – An East Greenwich man, 25, was cited for driving with cancelled registration after police pulled him over because of a broken windshield, tinted license plate covers and no inspection sticker.

4:30 p.m. – A Panera employee told police a customer had used a counterfeit $100 to buy two chocolate chip cookies and a blueberry muffin (totalling $7.64).

6 p.m. – Police cited a Warwick man, 53, for driving a car with cancelled registration after he was stopped because of he had no rear brake light and the front license plate was missing. The man was also cited for lack of insurance and no inspection sticker.