9:10 p.m. – While getting gas at the municipal pump on Crompton Avenue, a police officer noticed car lights in the parking lot of the Barbara Tufts Playground next door. A car had driven over a wooden 4×4 onto the grass. The officer had driven over to the lot and opened his car door to talk with the driver when two Burmese mountain dogs came bounding over. The officer shut his door and told the driver to call off his dogs. The dogs were jumping up on the police car. I told the dog’s owner the dogs needed to be on leash; the dog’s owner said he had a remote. The officer told the man he needed to have his dogs leashed and that the park closed at sunset. At the station, the officer noticed scratches on the patrol car. The officer gave the dog owner, an EG resident, a municipal court summons for being in a park after sunset.

7:09 a.m. – Police assisted Coventry PD with reports of a series of house breaks on Crompton Road.

7:27 a.m. – A Massachusetts woman turned over a $3,450 cashier’s check she found in a parking lot on Water Street. Police left a phone message with the person to whom the check was made out.

1:40 p.m. – Police arrested a Providence man, 42, for driving with an expired license after he was involved in a car accident on the off ramp from Route 95 to New London Turnpike. Routine checks turned up the license violation. He was processed at the scene, given a district court summons, and also cited for driving a car without proof of insurance.

12 a.m. – Police arrested an East Greenwich woman, 27, for domestic assault, domestic disorderly and a warrant after her ex-boyfriend told police on Sunday the woman had punched and kicked him, then struck his head with an unknown object after they had had a dispute. He had left the woman’s residence without his phone but called the police from a nearby restaurant. The man was treated at the hospital. Based on the story, police issued a warrant for the woman

3:05 p.m. – A UPS driver told police he’d found a syringe containing a dark substance in the roadway on Dalehill Drive. Police took custody of the syringe and disposed of it.

4:22 p.m. – A caller told police her car may have been stolen in the parking lot at 1000 Division Street. She had been looking for the car for 10 minutes without success. Police found it near Chase Bank in the same parking lot.

10:27 a.m. – An East Greenwich man told police a credit service had notified him about a credit card opened in his name that had maxed out at $20,000 in charges. The man said he had not opened a new credit card account. The bank asked the man to file a police report.

4:45 p.m. – Police arrested an East Greenwich man, 26, for domestic assault, domestic vandalism, domestic disorderly, two counts of simple assault, resisting arrest and driving with a suspended license after he refused to cooperate with officers investigating an accusation of assault. Police had gone to his house after his girlfriend told police he had assaulted her and the man walked outside and began to approach the officers. The man would not remove his hands from his pockets after police told him to and he refused to allow police to search him for a weapon. Police struggled to get handcuffs on him, including having to take him to the ground; they were finally able to get him in custody after more officers arrived. He spit at one of the officers and, in the police car, he banged his head against the plastic barrier. At the station, police put him in a cell hoping he would calm down. Police had to intervene again when the man took his shirt off and appeared to be trying to tie it around his neck. EGFD checked him out and decided he was not looking to harm himself so much as extremely frustrated with his situation.  Eventually the man calmed down, apologized and police were able to process him. The girlfriend was given domestic abuse information; police told the man he was not allowed to communicate with her because an automatic no-contact order would be put in place following the arrest.

9:01 a.m. – An East Greenwich woman told police she had found a stray cat in Glenwood Cemetery and had taken it to NK Animal Hospital to see if it had a microchip. It did not; NKAH checked with EGPD to make sure they should hold on to the car.

10:13 a.m. – Police arrested an Exeter woman, 65, for shoplifting after an investigation from an incident at Dave’s Marketplace Aug. 25 where the woman could be seen on surveillance video allegedly taking what amounted to nearly $30 worth of food. The woman told police she was having financial trouble and hadn’t mentioned it to her children. Police got in touch with one of the woman’s children. The Dave’s manager, meanwhile, said they would press charges. The woman turned herself in on this day; police processed the arrest and gave her a district court summons.

10:30 a.m. – An East Greenwich woman told police she was toppled by a dog off leash while walking on Hamilton Drive. The dog’s owner quickly retrieved the dog. The woman said she had suffered scratches and bruises but did not want to file a report. Police spoke with the dog’s owner, who was very upset about the incident although she said the dog had not knocked down the other woman. The woman said the dog had gotten loose from a tether in the backyard; the animal control officer told her needed to be leashed off her property.

12:50 p.m. – A Santander employee told police there was an older man in the bank refusing to leave, waiting for a money transfer even after the bank employee told him it would not be available until Friday. The man reiterated his decision to police to stay until the money came through but after some discussion, the man agreed to leave the bank and return the following day.

12:53 p.m. – A West Warwick woman told police she was bit in her calf by a dog at a horse farm on Middle Road as she was getting into her car. The owner of the dog confirmed the dog was up to date on its rabies vaccination. She was told to quarantine her dog for 10 days.

8:01 p.m. – An East Greenwich woman told police she was upset that her children had not called her.

12:27 a.m. – Police arrested a West Warwick man, 32, for driving with a suspended license after police saw him driving on Main Street without his lights on. Routine checks showed the license suspension. He was given a district court summons at the scene; police had his car towed.

1:16 a.m. – A caller complained about a bunch of revelers in a pickup truck on Queen Street. Police found the driver was having car trouble;the truck owner was allowed to leave the car on the side of the street.

7:12 a.m. – A caller told police about an injured deer on Middle Road at Shippeetown Road. Police used a shotgun to put down the animal and notified DEM.

12:53 p.m. – An East Greenwich man, 64, was arrested for blocking Howland Road in an attempt to slow what he said was a speeding car. Read more HERE.

6:07 p.m. – A South Road resident told police about a dispute with a tree service after their tractor got hit by a falling tree limb. The tree service had thought they could split the cost of the repair, but the owner refused to pay the service so the workers left without finishing the clean up. Police told both parties the issue being civil in nature (rather than criminal).

7:02 p.m. – A Warwick man said his backpack fell off while he was driving his motorcycle on Main Street. Among the contents were a fugitive recovery ID from Virginia, three credit cards and an R.I. driver’s license.

8:54 p.m. – Police were called to Tavern on the Square after a customer demanded to talk with a family member who was working at the restaurant. The manager asked police to issue the customer a no-trespass order since they had repeatedly tried to speak with their family member during work hours. Police issued the no-trespass order to the woman, who refused to accept it without her lawyer. They told her she would be arrested if she came to the restaurant again. 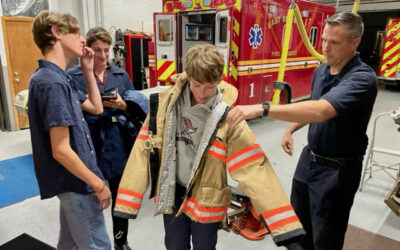