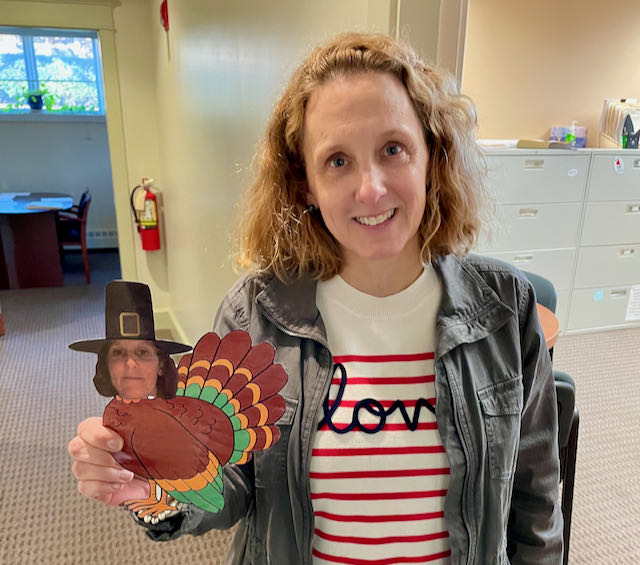 Twenty-seven years of institutional knowledge walked out of the Planning Department last Friday with the departure of Town Planner Lisa Bourbonnais. She left with little fanfare, “which was truly Lisa’s style to her approach to public service,” noted Town Manager Andy Nota.

The Planning Department oversees all development in town as well as special projects such as parking or waterfront studies. It also staffs several board and commissions (Zoning, Planning, Historic District, Affordable Housing). Yet, most people in town barely know it’s there (until a new development is proposed nearby!). Partly that’s Bourbonnais’s decidedly low key style – under her tenure Planning was the “no drama” department. But her knowledge of East Greenwich and planning in general shone through everything she did.

“Lisa has proven herself to be a professional planner at the highest level who took her role in planning work for the community very seriously, in committing to transition the town in a seamless way,” Nota said.

In looking back over her years in East Greenwich, Bourbonnais said it was her work on Main Street that meant the most.

“When [then-Town Planner] Vin Murray hired me all those years ago, part of what I was hired to do was to revitalize Main Street. It had an above-20-percent vacancy rate and the buildings were decrepit,” she said. “We were trying to start a real Main Street revitalization program and do some economic development and get the storefronts done over. I wrote a lot of grants and got a lot of money to be locally matched – to improve signs and facades and keep businesses open and do job retention. It really breathed new life into Main Street.”

She added, “That was stuff I could see a result on the ground a year later and feel really good about it. Those were good days.”

More recently, under Bourbonnais’s leadership – she led the department for 10 years – the town has expanded its open land acquisitions. But, she acknowledged, many of the projects that fall to the Planning Department take years to see through to fruition. Tangible successes can be nice.

Town Council President Mark Schwager met Bourbonnais during the 1990s, after he moved to town and was named, first, to the Land Trust, then to the Planning Board, before finally running for Town Council.

“She was very helpful in setting the direction for Boesch Farm,” Schwager recalled about the 90-acre farm on South Road that the town was able to purchase with grants she was instrumental in getting.

“As a person, she’s very attentive to detail. She was always well prepared,” he said. “She knew the projects but she was also able to put them into perspective – offering the larger picture of how a project would impact the town.”

On a personal note, he said, “She was also very patient with me, giving me a lot of time whenever I asked her questions.”

When considering Bourbonnais’s impact, Schwager said, “She really oversaw the transition for us from a small town to what I call a modern town.”

Bourbonnais herself said the best part of her job was the people with whom she worked. “The vast majority of people I have worked with over 27 years are true public servants. They are committed to public service and they work really hard for a bigger purpose and a bigger good. It energized me for a long time.”

She added, “I will miss this group.”

Bourbonnais has taken a job as faculty senate coordinator at the University of Rhode Island. URI’s gain is EG’s loss but she did work for the town for more than a quarter century. There are only a handful of town employees who have worked for the town longer. Deputy Town Planner Lea Hitchen has been named interim town planner. The search is on for a permanent replacement.

Best of luck to you, Lisa. Thanks and happy trails.