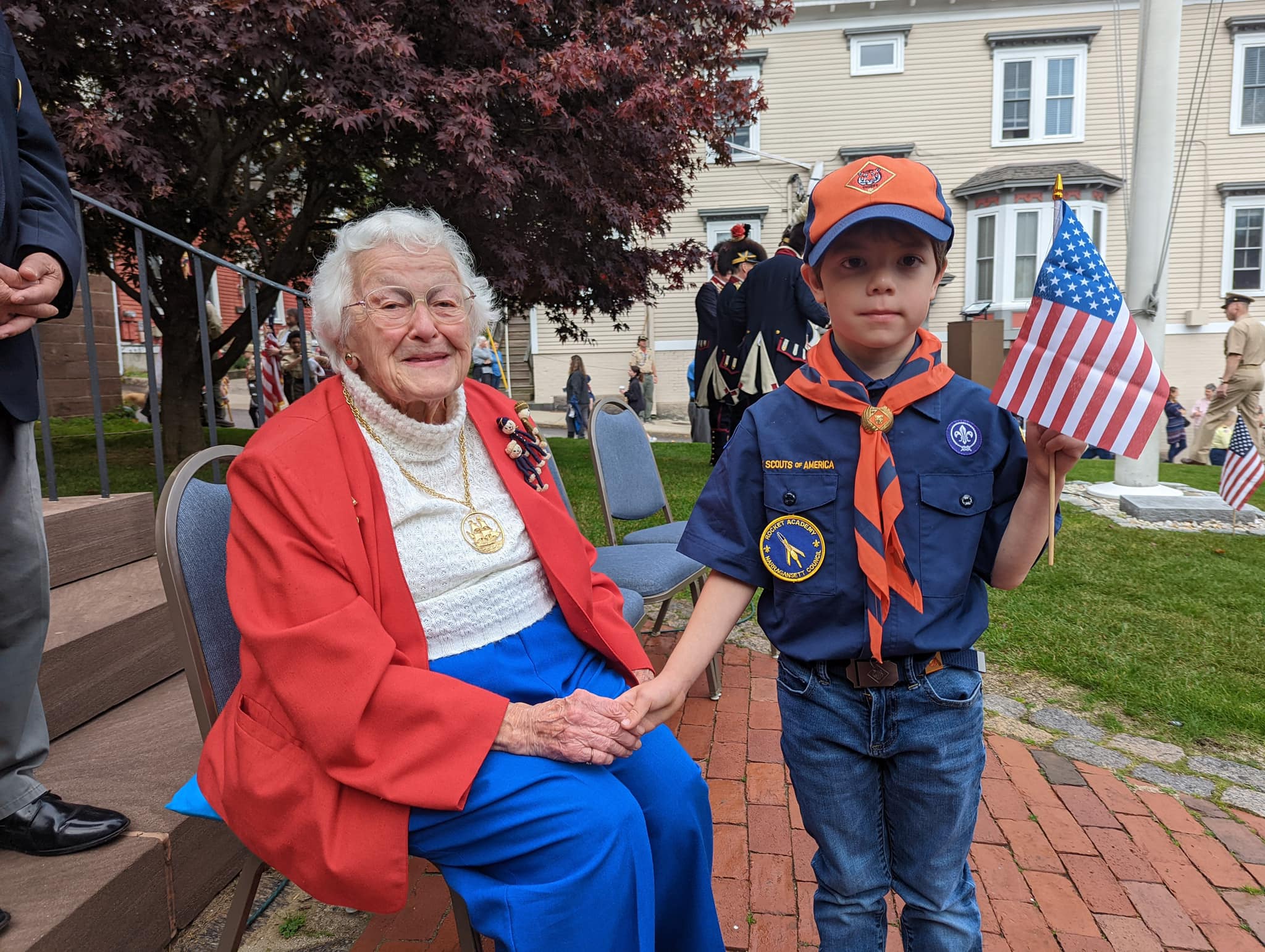 Above: 2022 Veterans Day Parade Grand Marshal Charlotte Dumas with Tiger Cub Everett Riley at Town Hall. Riley gave her a card he had made. Photo courtesy of Pack 3 East Greenwich

The weather was happily hospitable for East Greenwich’s 2022 Veterans Day Parade Friday, and Charlotte Dumas, 97, was a truly grand, grand marshal. She chatted with parade watchers all along the route. As Alan Clarke, Dumas’s chauffeur for the parade, recounted, “If she saw a dog on a leash, she remarked to the owners what a beautiful dog. Beautiful little girl, handsome young man. Good to see you. Happy you got out today! Happy Veterans Day. Whatever met the conversational need for the moment.”

At the closing ceremonies at Town Hall, Dumas spoke clearly and could be understood by everyone (not always the case at these things!). Her speech covered her time overseas in the services community, teaching, where she taught (read more about her HERE). Said Clarke, “I saw her notes but she did not have a speech and she did not read. She ad-libbed.” 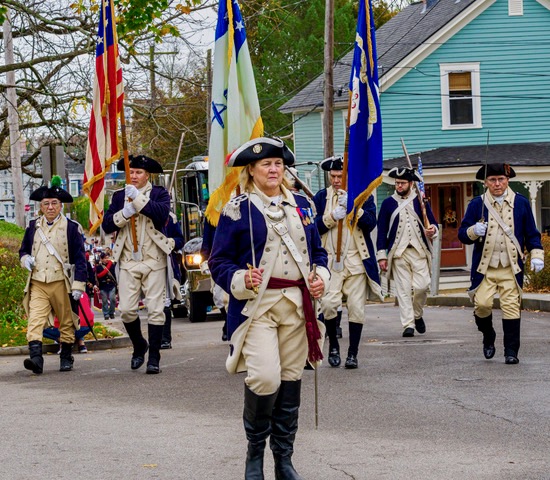 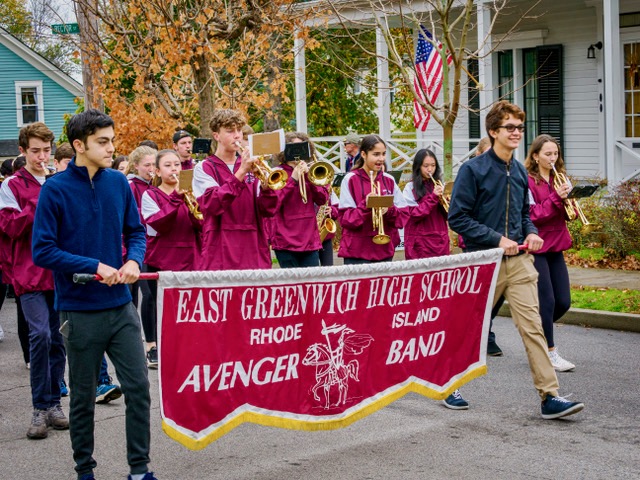 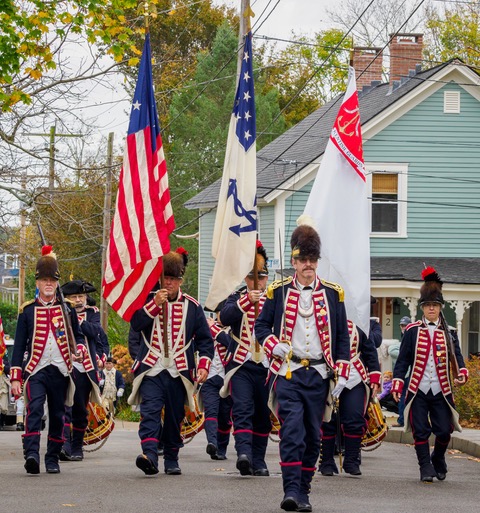 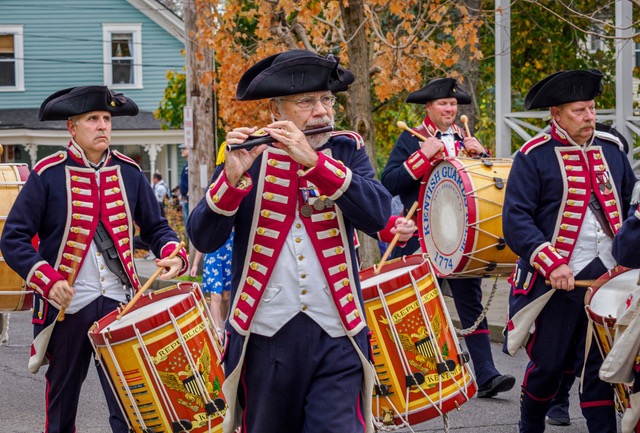 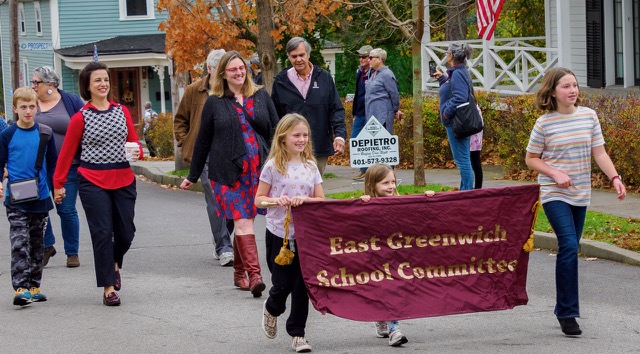 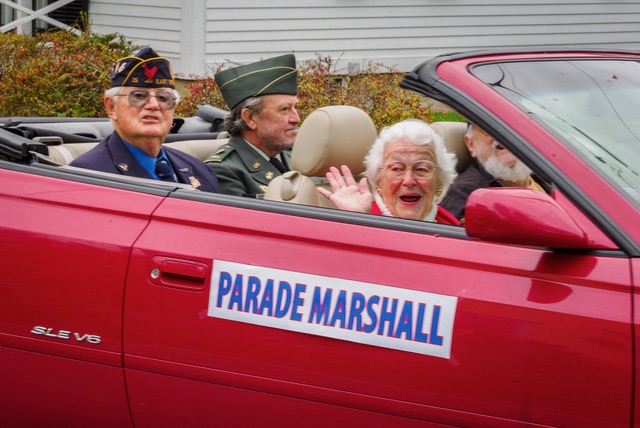 Grand Marshal Charlotte Dumas rides in style with Alan Clarke behind the wheel. Gene Dumas and Arthur Watson sit in the back seat. Photo by Sandra Saunders 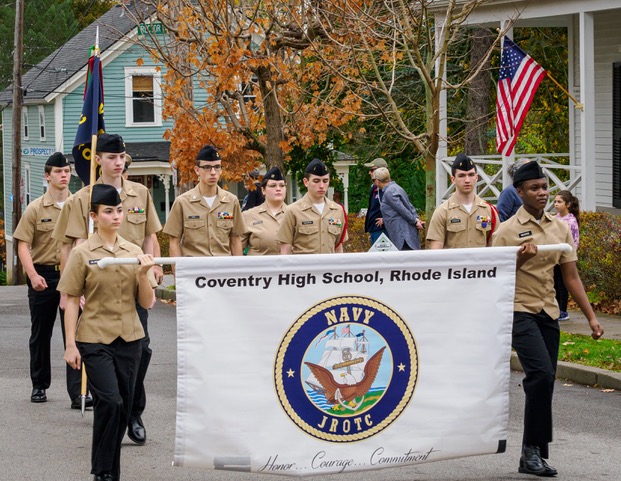 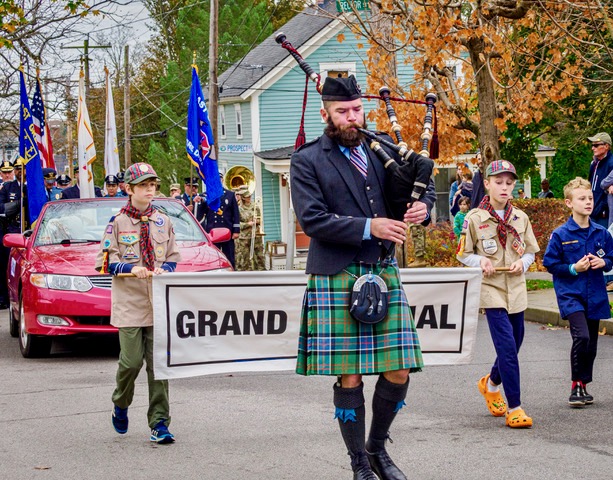 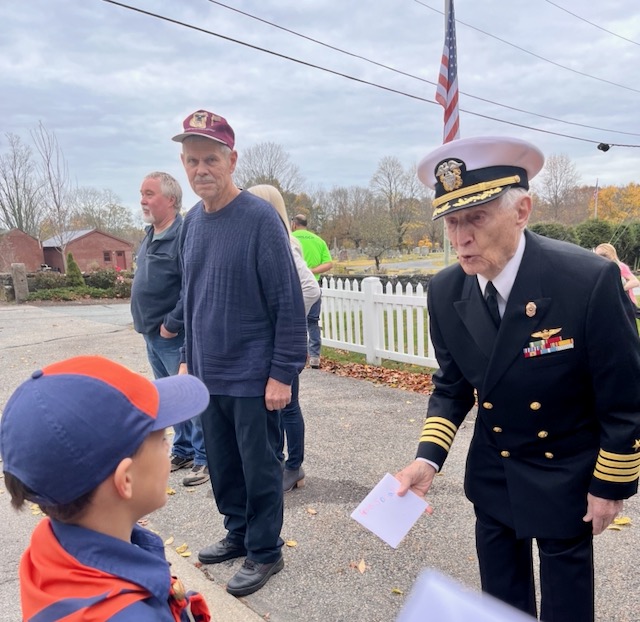 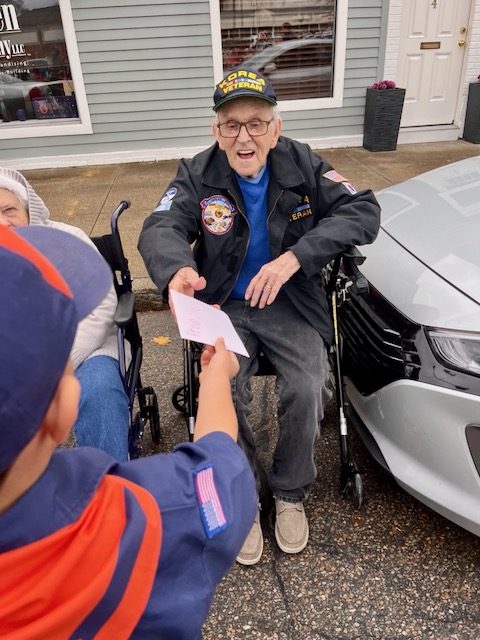 A tiger cub hands out card to a veteran along the parade route. Photo courtesy of Pack 3 East Greenwich 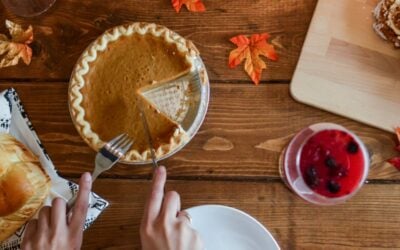