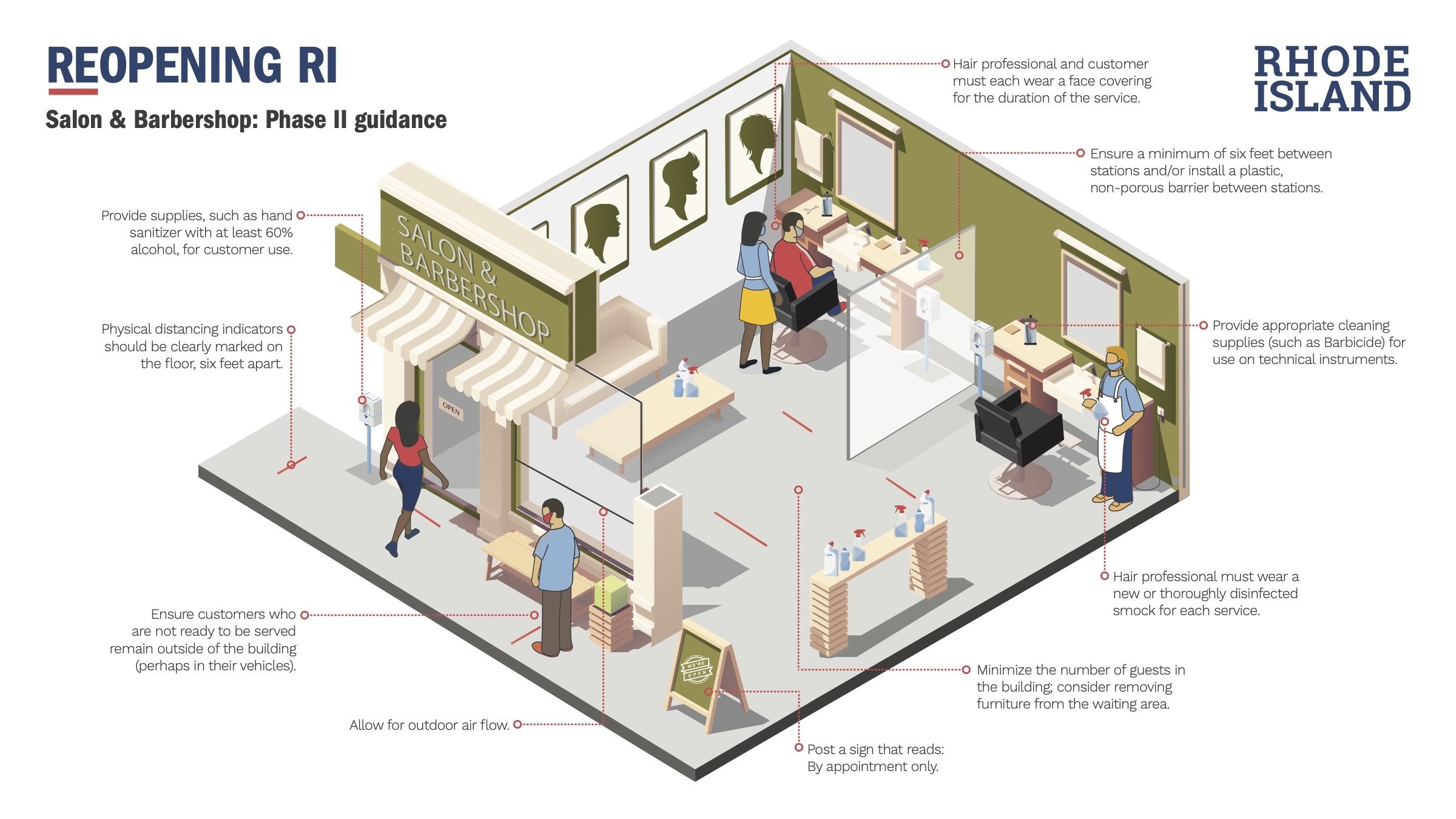 There were 170 new COVID-19 cases Friday, for a total of 13,736, and 23 new deaths, bringing that total to 579. To date, the state has tested 127,139 residents, 12 percent of the population. The percentage of positive tests to all tests taken is now 7 percent for the state, but the harder hit areas are seeing positives in the mid-20 percent range (26 percent in Central Falls, 22 percent in Providence) to high teens (18 percent in North Providence, 17 percent in Pawtucket, 16 percent in Woonsocket). East Greenwich, which had 67 confirmed cases Friday, has seen 1,104 residents tested, 8 percent of the town’s population. EG has a 6 percent positive rate. Find all the recent data on the Dept. of Health’s data dashboard HERE.

At her Friday press conference, Gov. Gina Raimondo ticked through an array of reopenings that will come when the state enters Phase 2 – which will be June 1 if the number of virus cases and hospitalizations continues to be stable. She also said people would be able to gather in groups of 15 or fewer.

Among the changes, hair and nail salons, barbershops, massage studios and tattoo parlors will be allowed to reopen. Restaurants will be allowed to seat people indoors – up to 50 percent capacity – and gyms and fitness studios will be reopening too. Child care centers and offices will be able to reopen. In addition – and just in time for summer – all state beaches will be open (state parks are open now).

But there are caveats.

Air conditioning is one such caveat. While indoor spaces will be allowed to use air conditioning, fresh air is safer in terms of transmission of COVID-19, according to Dept. of Health Director Nicole Alexander-Scott. Businesses will be encouraged to open windows and use outdoor spaces if available.

The full list of regulations won’t be available until next week, but all businesses will have reduced indoor capacity and will have to increase cleaning, and people will need to wear masks as much as possible.

Phase 1 remains in effect through May (except for houses of worship, which can reopen May 30). That means, no gatherings of more than 5 people, even for a backyard barbecue.

“If you jump into Phase 2 now, it will end up delaying Phase 2,” Raimondo said. “Let’s stay hunkered down for another week.”

During the press conference, held at the Veterans Memorial Auditorium Friday between 1 and 2 p.m., President Donald Trump announced houses of worship were essential spaces and must be reopened immediately. He threatened to override any governor who did not follow his directive. When asked about this, Raimondo said this was news to her. She had announced earlier this week that churches could reopen May 30 (eight days from now).

“We are going to stick with what we have,” she said. “We’re not ready. Honestly, that’s reckless.”

The governor’s next press conference will be Tuesday, May 26, at 1 p.m.