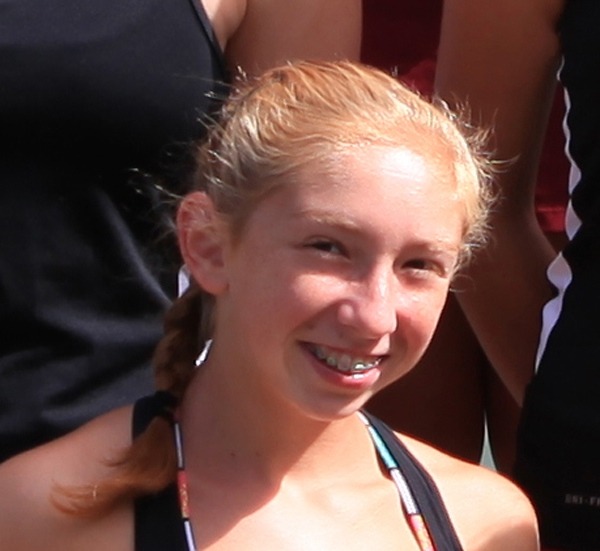 Fresh off her second state tennis tournament singles championship in as many years, EGHS sophomore Peri Sheinin is all about gratitude – for the tournament itself, for her coach, for her teammates, even her opponents.

Sheinin defeated Westerly freshman Dakota Busch, 6-4, 6-2, on Oct. 19 at Slater Park in Pawtucket, making her only the fifth Rhode Island girl to win the title as both a freshman and a sophomore. She’s undefeated in her high school career.

“The tournament is really special. It’s honestly just a different experience every time I play there,” she said, especially with the crowd.

The Avengers, who won the D-1 state championship last year, didn’t manage to repeat, placing second to La Salle. Sheinin said it was disappointing but “La Salle is a great team and they played great in the finals. We had a great final.”

“He has the same facial expression whether you win or lose,” said Sheinin. “He’s really focused on the team aspect of it – going out there and having fun and doing the best you can.”

Sheinin said her favorite subject in school is English, which happens to what Brocato teaches. As it happened, Sheinin had Brocato for English her freshman year.

“He has made such an impact on my life both for English and tennis,” she said.

“I could not be more proud of Peri,” he said. “Throughout the year, I could see her preparing both mentally and physically…. The greatest aspect of Peri Sheinin is what she brings to our team. All the intangibles, all the leadership, all the selflessness. She is so helpful to all our players, willing to share her immense knowledge about the game and her various strategies.”

He noted that some top players have an edge, an attitude, but not Sheinin.

“She is humble, respects her teammates, honors the game. I’m so glad she plays for me,” he said.

Sheinin spent much of last summer traveling around the country playing in tournaments. She has no immediate plans to head to Florida or California, where many young players go, but admitted she’s taking it one year at a time.

“That’s the plan, to stick around,” she said. “But you never know.”