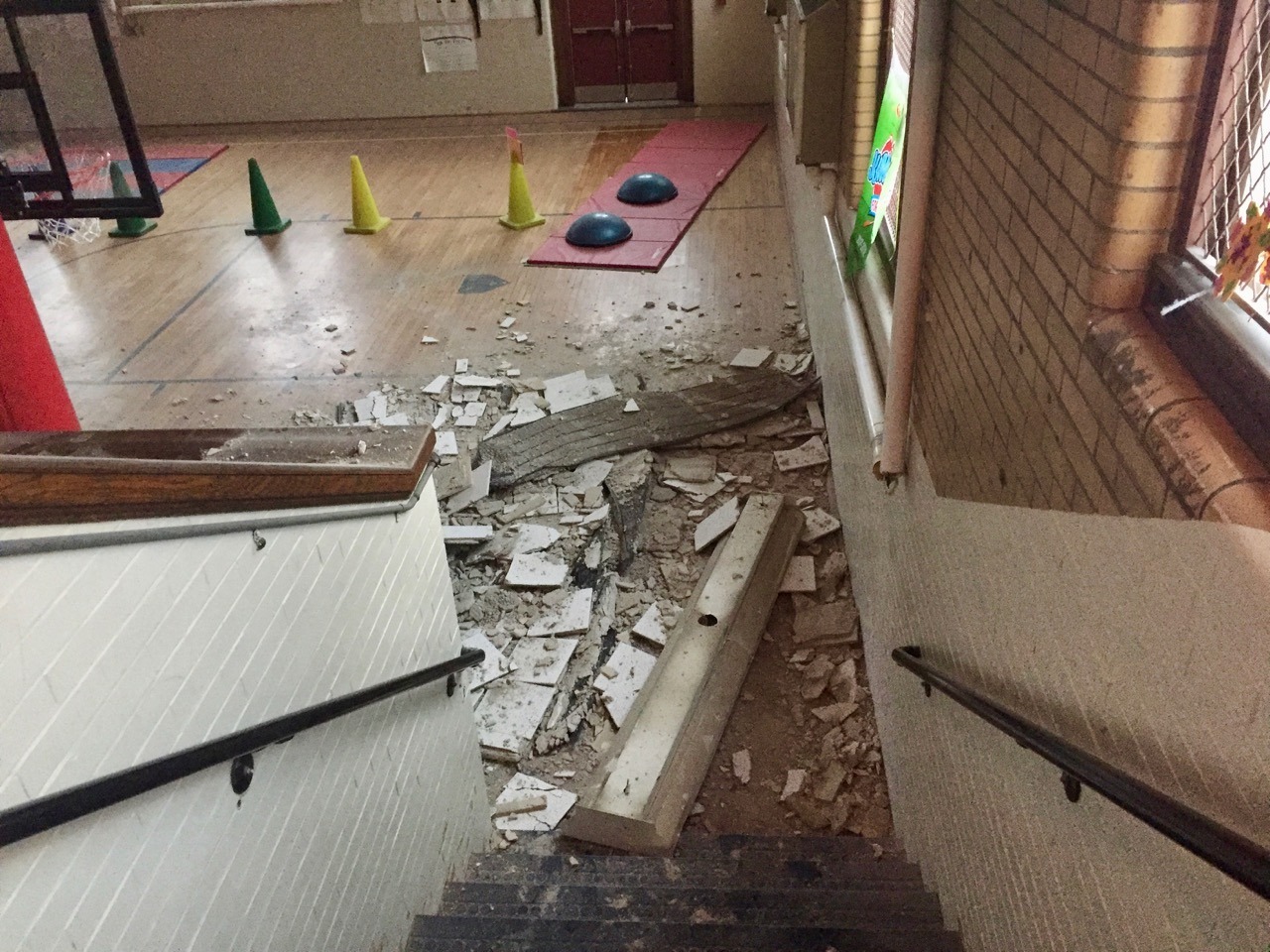 The portion of ceiling that fell onto the gym floor at Eldredge Tuesday.

There will be no school at Eldredge Wednesday so the whole building can be inspected.

East Greenwich, R.I. – A section of plaster ceiling in the gymnasium at Eldredge Elementary School, including a light fixture, fell Tuesday morning during a third grade gym class. No one was injured.

School officials said the incident happened at approximately 10:55 a.m.  Students and two faculty members were in a different area of the gym at the time. Principal Dan Seger sent an email to parents on Tuesday.

Here’s a portion of that email:

Fortunately, no one was hurt.  Both Ms. Peduto and her students were quite obviously shaken by this event, and we have called in student service supports for anyone requiring them.  The Director of Facilities is on the scene, has locked off the gymnasium, and has contacted the building inspector to review the entire area.  The portion of the facility is closed until further notice.   We are taking all necessary steps to ensure student safety.

“We avoided what could have been very catastrophic,” said Supt. Victor Mercurio Tuesday evening.

He said one student said the collapse looked as if the ceiling came “unzipped.”

According to Mercurio, the ceiling over the gym is a different type than ceilings in the rest of the building but that, as a precautionary measure, ceilings in the entire school will inspected by Halliwell Engineering Associates Wednesday. There will be no school.

“As a precaution, we said, let’s get an engineering firm here and look at the whole building structurally,” said Mercurio. “I want to err on the side of caution.”

In an email sent out to Eldredge families, Mercurio said he would follow up with Wednesday afternoon, “upon completion of this structural engineering review.”

He said the initial inspection showed no sign of asbestos.