Opinion: Who has the time? 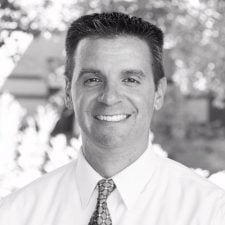 It’s the most precious commodity that I know of. It’s finite and consistent. It’s equal across all humans, across the continent, globe, and planet. We all get twenty-four hours in a day – no more and no less. What we do with our time is how we impact our own lives and the lives of others. One element is for sure, once time has slipped through our fingers, we simply cannot get it back.

That was on my mind recently, as I needed to reach out to customer service to return two products we had purchased for our new home. In deference to the companies, I will not name names. However, I will share the screenshots that I sent to My Wife once the calls were completed.

Two separate calls, both over an hour and a half in length. I will also point out that this was not the first phone call to either company and that a sizeable refund had not yet appeared on our credit card once the returns were received. In both cases, it took me asking to speak to a supervisor in order to get my refund completed. To date, one of the companies still has not made the appropriate refund to our card, even though I was assured it would be taken care of in the next seven to ten business days. As I reflected on the two hundred and one minutes I spent trying to track down my refund, I realized what a privilege it is that I was able to do that. I did not have two hundred and one minutes to spare, but I chose to take that time to work through the various voice prompts, two levels of customer service, and two different supervisors to ultimately be told I would finally be getting our refund. I had the time to take the time. I could make the choice to carve out that time. Even as the I watched the minutes tick away on each call, I was able to continue to hold, wait to be transferred, and listen to mediocre muzak. I was able to give up those minutes during my weekend.

There are many people who do not have that kind of time. They cannot give two hundred and one minutes to customer service. Those minutes have already been spoken for by other priorities in their lives. I recognize my privilege. While I wish I did not have to sacrifice those minutes, I was able to do so. I also know there may still be more minutes in my future, to ensure that the refunds are issued.

The song “Seasons of Love” from the musical Rent asks us how do you measure a year, after calculating that there are 525,600 minutes for each of us, from January 1 to December 31. We all have the same number of minutes, and for some, there is more choice than others in how we spend and use that time. I hope we are able to give our time to those who mean the most to us, and that they cherish that gift.

Who has the time?