One Year Later, 2,567 Rhode Islanders Have Died of COVID – Here Is One 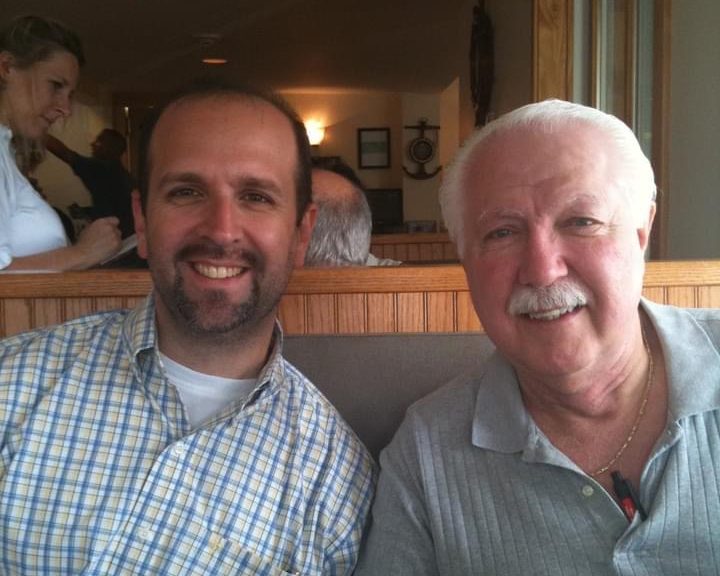 Above: Don Morash and Don Morash, father and son.

The world changed one year ago this week. Here in Rhode Island, we’d heard about Wuhan, China, then Italy, then Washington State, but somehow a lot of us still didn’t quite realize COVID-19 was coming for the Ocean State too.

The R.I. Department of Health announced the first presumed case of COVID-19 on March 2, 2020 – someone who had been on a school trip in northern Italy. By March 13, Rhode Island had 20 confirmed virus cases, though because of the scarcity of COVID-19 tests, it’s presumed there were certainly more cases than that.

It’s almost hard to remember how scarce those tests were early on. Rhode Island has led the country in COVID-19 testing for months. Back then, however, they were reserved for people who were known to have traveled to Italy, China, or Washington State, or been in contact with someone who’d traveled there.

Cancellation of pro sports events on March 12, like NBA and NHL games, the NCAA basketball tournaments, and baseball’s spring training suddenly brought things into focus. By March 13, schools in Rhode Island had closed, with the promise of distance learning (what was that?) to begin March 23. Businesses that were able to, sent workers home (many of them are working from home still). Churches cancelled services. Former Gov. Gina Raimondo ordered all restaurants closed for dine-in service March 17. Enter the world of take out, including eventually takeout beer, wine and cocktails. Basics like flour,  canned beans, toilet paper, and bleach disappeared. Life began to feel all too like one of those disaster movies we’d watch for fun on a rainy Saturday.

One year ago, Don Morash of Cowesett went from his busy life as owner of Abbott Properties in Warwick to conducting business from home by phone and computer.

That was because his father was 78 and had two underlying health conditions that put him at higher risk – the heart condition atrial fibrillation and chronic lymphocytic leukemia, which was being monitored. Actually, Don junior had only learned of his father’s second health problem “through the grapevine.”

“He didn’t know that I knew about his leukemia. He was the type of person who didn’t want people to worry unnecessarily,” Morash said in a recent interview. “I let him have the satisfaction of thinking I didn’t know, so he wouldn’t worry about me worrying.”

The health issues hadn’t really slowed Morash down. He was still active, running the real estate business he’d owned since 1989. He was a fixture in the local commercial real estate community, chairman of the Warwick Zoning Board, and involved in a number of civic organizations.

A widower, Morash lived alone but had been dating someone for a couple years. She was going to move in with him this past January.

“They were getting ready for that, rearranging and buying new things,” said Don junior.

His father got sick in November.

He’d been careful, his son said, especially at first.

“For the first three months, he pretty much hunkered down and did not go anywhere. He was a very active person and he liked to stay busy so that was kind of hard for him,” Don junior recalled. By summer, everyone started feeling a little safer, spending time outdoors.

“We felt we were flattening the curve,” he said. “I think we all let our guard down a little bit.”

His father remained cautious – except for one area.

“The mistake he made was he went to work,” Don junior said. “I think he felt safe there. It was like his second home. But with the traffic with the realtors he had coming through his office, it was not as safe as we thought it was.”

First one person in the office got sick, then others, including Don senior.

“I think he knew once he got it he was in trouble,” his son said. “I was in Columbus when he was diagnosed. I remember talking to him the weekend before he went into the hospital. He had this head cold and thought it was allergies. I told him to go get a test.”

He didn’t get tested right away and his condition worsened. He finally went for a test but before the results were back his condition worsened. He didn’t want to go to the hospital but he was so lethargic he couldn’t even sit up on his own. His girlfriend, Linda Allcock, used a pulse oximeter to check his oxygen level. It was 87 percent (normal is 95 and above) – she called 911.

“As soon as he was admitted, I drove out the next morning from Columbus. I stayed at a hotel. I knew I couldn’t see him but I felt compelled to be there. I just needed to not be so far away,” Don junior said.

He stayed for about a week and during that time, his father seemed to be doing all right. “He hadn’t gotten any worse – so I drove back to be with my family for Thanksgiving.”
It’s a story that has been told many times during this pandemic year: a patient gets sick, stabilizes and the worst seems over, then everything falls apart.

They had taken him off the high-flow oxygen and moved him to a step down unit so they could monitor him and see how he did.

“Then I got a call not too soon after that saying that he was declining and the next 12 to 24 hours were going to be critical. He might have picked up a secondary infection or pneumonia. We lost him the next morning.”

Don senior had agreed to go on a ventilator but shortly after he was intubated, his heart gave out. He died on Dec. 3.

Don junior knew his father would die someday and he’d imagined sitting by his dad’s bedside and holding his hand at the end.

“The hardest part was not being able to be there. He was there by himself for 18 days, no visitors, he essentially died alone … surrounded by medical staff but not by his loved ones,” he said.

Making it all the harder, COVID-19 restrictions meant a very small funeral service and no wake. “There would have been a wake line a mile long,” Don junior said. “He knew so many people and so many people wanted to pay their respects.”

In thinking about what made his dad special, Don said, “He was a funny guy. He liked to pun a lot and make silly jokes. He kind of had a larger than life presence. People just gravitated to him. He was very approachable, very easy to talk to.”

Don was an only child so he is the only one who got to experience that special father-son bond.

“I think the think I liked the most was that he never gave up on me as a kid. He was really like the model of what a dad should be. He wasn’t perfect by any means, but he did the best he could. The most important thing he did for me was not give up.”

Morash said he had a lot of mixed emotions about the past year. “Obviously this is an unprecedented thing to happen. None of us have been through this before. I feel sad for the people who have suffered similar losses,” he said, noting that more than 500,000 people who have died of COVID-19 in the U.S.

“It’s never easy to lose someone. For it to happen this way … I’m not saying this could have been prevented,” Morash said. “I honestly think as a nation we could have done a better job at least in containing it and putting out the proper protocols for us to follow.”

He added, “I feel sad for other ones who have lost loved ones. I know the pain these people are going through.”