Once in a Lifetime: Local Softball Team Going to Regional Championships 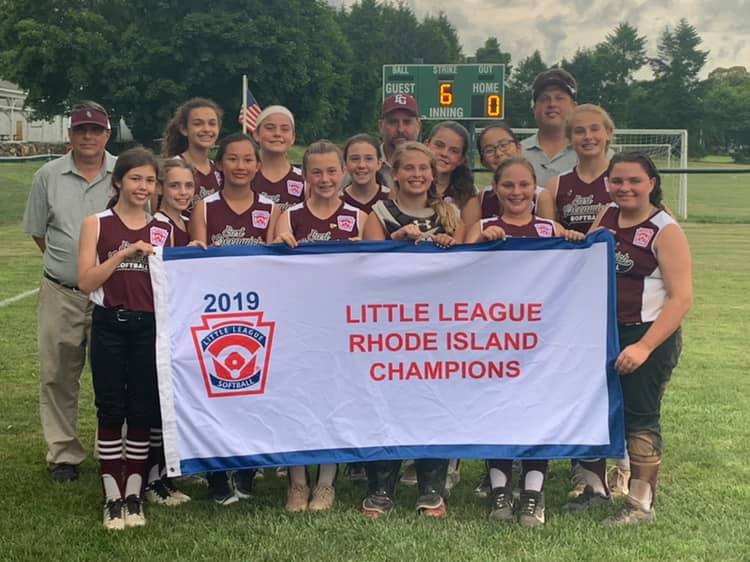 This summer, the East Greenwich U-12 girls softball team made history.

With two wins over Cumberland in the state championship, the girls became the first U-12 softball team from East Greenwich to represent Rhode Island at the regional level.

The journey to this point was not as simple as those two wins, however. Before advancing to the state championship, the girls needed to defeat Warwick North in the District 3 championship, a challenging feat. In previous years, the Warwick North team had competed at the World Series. Not only that, but they had also defeated this same group of now U-12 girls 17-0, in a mere three innings.

This year, the East Greenwich team beat them twice in what Coach Bruce Fairbanks called “the most exciting innings of softball” that he’d seen in quite a while. “It was a tremendous accomplishment for the girls,” he added.

Following this victory, the EG U-12 team went on to play Middletown, and then Cumberland in the final matches of the state championship. In a best of three series, the EG girls beat Cumberland by a score of 11-6 in the first game and 7-0 in the second, respectively, to secure their spot at regionals. 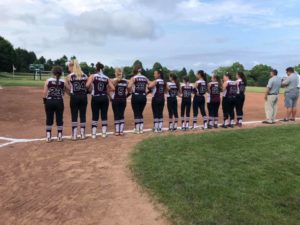 Despite the prospect of playing against high-caliber teams, from states as large as Pennsylvania and New York, Coach Fairbanks said he was optimistic about the team’s chances.

“I’m pretty confident. I know we’re going up against New Jersey and Pennsylvania, but our team is pretty good,” he said, adding, “Everything’s gravy at this point.”

“We hope to put on a good showing and represent the town and state well,” said Patrick Neville,  EGLL softball director.

To do so, the girls have adopted a mindset of both work and play. For example, the girls had batting practice one day, and then went mini-golfing at Mulligan’s Island. “We want to make it light and enjoyable, not stressful,” said Neville. “It’s a once in a lifetime event.”

This has not been lost among the girls.

“They are inspired, they are practicing hard,” said Patrick’s wife Jodie Neville. The Neville’s twin daughters play on the team. “Everyone is banding together.”

Not only are the girls bonding together, but so is the community behind them. Linesider, the local brewery, hosted a fundraiser for the team to help with travel expenses Monday night. The Greenwich Odeum got into the act too, congratulating the team on its marquee.

“It’s really exciting to see how far the team has come and how committed they are,” said Jodie Neville.

Win or lose, “Iit’s all about the kids’s experience,” said Fairbanks. “It [the result] doesn’t matter. Just go out and do what you do and it doesn’t matter who they are and where they’re from.”

The girls will carry that mentality into their first game on Saturday, July 20, in Bristol, Conn., where they will take on New Jersey at 10 a.m. Because the tournament is structured as double elimination, the results of Saturday’s game will decide if the Rhode Island team will compete in the winners or losers bracket.

“Every day can be different,” said Patrick Neville.

The games will continue until Thursday, with the girls playing one game each day. If all goes well, they could earn themselves a spot in the World Series.

“It’s quite an accomplishment for these kids from EG,” said Fairbanks. “They’re the ones who did it. I feel like I’m [just] along for the ride.”

Suraj Sait, a rising senior at East Greenwich High School, is an intern for East Greenwich News. He has written about the EGHS girls cross country team and vaping at EGHS.