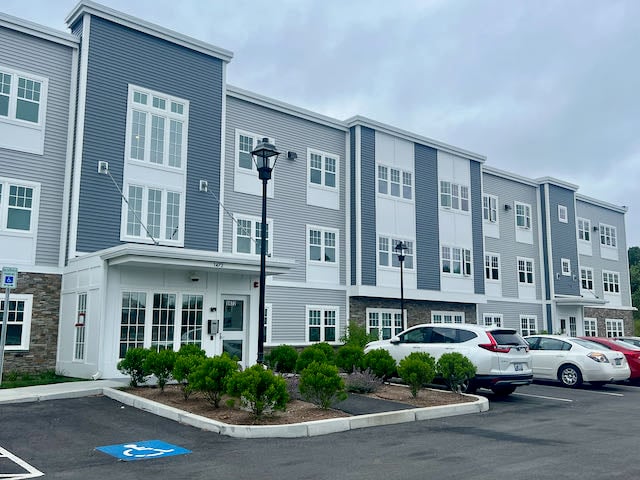 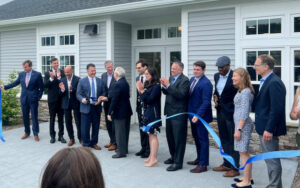 “The need and demand for affordable housing is strong in East Greenwich as no more than 5 percent of the town’s official stock is considered ‘affordable,’” said Roberto Arista, the principal of Dakota Partners. “We’re excited to see this project make a dent in that.”

This new development will help the town toward its 10 percent minimum by offering 12 units at 30 percent of the area median income and the remaining 84 units at or below 60 percent. Currently, 30 percent of the median household income for East Greenwich is about $29,000 and 60 percent is $58,000, according to a press release.

The project is divided into two phases, with each phase involving the construction of 48 units that make up two three-story apartment buildings. Phase I was completed in January, while Phase II is nearing completion.

“Completed earlier this year, Brookside Terrace Phase I is now providing much-needed safe, new and affordable homes to 48 families in these two buildings,” Arista said at the ribbon-cutting. “I’m pleased to say that they’re now completely full … every unit is occupied right now.”

At the ceremony, Arista noted that Brookside Terrace residents would benefit from the property’s proximity to businesses on South County Trail.

“This location is located conveniently on South County Trail near shopping plazas that offer all the essentials–restaurants, supermarkets, pharmacies, entertainment,” he said.

The buildings at Brookside Terrace were built to passive house standards. Since 2017, Dakota Partners has been developing affordable homes across New England to Passive House standards, which means the buildings utilize insulation and heat-recovery ventilation systems to reduce energy consumption.

“Dakota is a strong advocate of sustainable building,” Arista said. “Both phases of Brookside Terrace are built to Passive House standards … which benefits both the families who live here and the environment.”

The total cost of development, including infrastructure investments, was $30 million, according to Dakota Partners. Funding came from various sources including mortgage from RIHousing, $24 million in Low-Income Housing Tax Credit equity, $750,000 in HOME program funding, $250,000 from the Zero Energy for the Ocean State program and $1.5 million from the National Housing Trust Fund (which Reed helped establish in 2008).

At the event, McKee said housing remains a top priority for his administration.

“We’re going to build homes and communities, all 39 cities and towns,” said McKee. “We really feel strongly that as we get our plan together and as we bring the communities’ leadership into the discussion, that we’re going to have a plan in the state of Rhode Island that is going to help with this housing crisis that we have.”

Josh Saal, the deputy secretary of commerce for housing, said the McKee administration is working to support affordable housing for Rhode Islanders of all income levels.

“We are working towards a reality for all Rhode Islanders, including young families living to raise their children, including a recent college graduate who’s moving back here for a job … or perhaps a retired senior citizen on a fixed income,” Saal said.

EG Town Manager Andrew Nota noted that East Greenwich faces “the exact same challenges” that other cities and towns in Rhode Island face, and that the town needs help from federal officials to overcome those challenges.

“I know [it’s] hard for a lot of people to hear around Rhode Island, but we have the same exact challenges – with infrastructure, with education … with our senior populations aging … our vulnerable populations, our fight against mental health and substance abuse prevention … as well as a myriad of other challenges,” Nota said, referring to the fact that East Greenwich is considered one of the wealthiest towns in the state.

State Representative Justine Caldwell (Dist. 30) said she is excited for the town to meet its affordable housing goals.

“We’re very excited,” said Caldwell. “For a long time, East Greenwich has been struggling to get to our goals about affordable housing. We’re delighted to welcome all the new families to East Greenwich.”

For James Comer, deputy executive director of RIHousing, the development is just want is needed for a town like EG.

“96 units in a wonderful community in East Greenwich, it moves the needle enormously for affordable housing goals for the town,” Comer said. “…To have the support of the town and to have the resources from the state and federal government to build these beautiful buildings is fantastic – it’s an ideal project for us.”

The challenge for East Greenwich until it reaches that magic 10 percent affordable housing mark is that developers can take advantage of a state rule allowing increased density and a fast track through the town’s regulations if they make at least 25 percent of their units “affordable.” That is exactly the situation with the proposed 410-unit project on Division Road, which is being reviewed by the EG Planning Board now. Read more about that project HERE.

Right now, with half of the Brookside units occupied, the town is at 5.5 percent; when the other half of the units come on line, the town will be at 6.34 percent.

“This is a place the town has not yet been,” said Nota Tuesday, “and a good step forward as we strive to reach 10 percent in the coming years.” 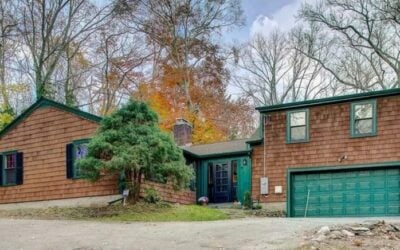 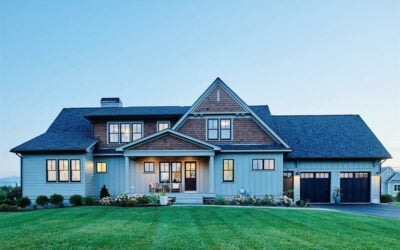 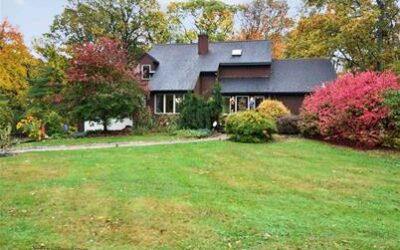