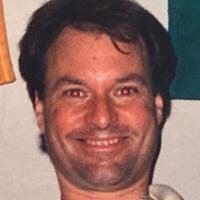 Walter Richard “Dick” Donahue, Jr., was a longtime resident of Narragansett. Dick was born in Princeton, N.J., on February 5, 1954, to the late Walter Richard Donahue and Beverly Winslow Donahue. The family moved from New Jersey to Pennsylvania (Wayne and Devon, Pa.) and from there to Chappaqua, New York.

While attending Horace Greeley High School, from where he received his high school diploma, Dick played hockey and football. For many years starting during his high school years, Dick worked at Hickory and Tweed Ski Shop in Armonk, N.Y. with some of his dear lifelong friends. Summer vacations included camping in Maine, surfing and fishing in Narragansett and Coventry.

After high school Dick spent time visiting his large Irish Catholic family and working various jobs in construction.  He surfed in California where he spent precious time with friends and family.  He lived in Pittsburgh, Pa., working and enjoying life with cousins, aunts and uncles all the while becoming a fanatic Steelers and Penguin fan.  He moved out west and became an outstanding skier such that he was photographed performing what was then called “hot dog” skiing.

Always the adventurer Dick went to Tortola, within the British Virgin Islands to surf of course.

Dick loved camping, fishing, golf, sledding (he had an antique sled collection) in addition to surfing.  He played electric guitar and the drums (self-taught) loudly with the amplifiers really cranked up, which caused some trouble with the neighbors.  He had excellent taste in art and historic New England furniture and artifacts.  Proud of his Irish and English heritage, Dick above all he loved a good party with his many devoted friends and cousins.

After a strenuous bout with bladder cancer, Dick passed peacefully with friends by his side.  He is survived by two sisters, Alston C. Geer of Sullivan’s Island, S.C., and Deirdre D. London of East Greenwich, as well as nieces and nephews. He was predeceased by a sister, Carol Donahue. Dick will always and forever be deeply loved and missed by his family and closest friends.