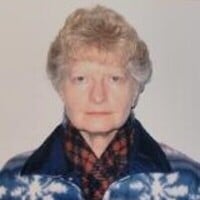 Those are words Viola always tried to live by. Her life’s passion and goal from an early age was to teach. She attended RI College ultimately attaining a degree and teaching certificate. Unfortunately, teaching positions were very hard to come by at the time, so she enlisted in the U.S. Army and found another way to give back to her country, service as an Army officer in the Corp of Engineers. She also served her home state well at the same time, as she was directly involved in sending heavy military equipment to dig RI out during the Great Blizzard of 1978.

During her service in the military, Viola received a MBA from Pepperdine University. After honorable discharge from active duty she returned to RI, working for various companies until she landed a job with then Fleet Bank that ultimately became part of Bank of America.  Viola was a hard worker and had a strong sense of integrity that served her well as a banker. She rose to the level of a senior vice president several years before retiring. Viola enjoyed her work because she had a natural ability for it, making her very good at what she did.

As her family questioned her passion for the job despite her ability to do it well, Viola was coming around full circle thinking about teaching, especially with the severe lack of math teachers in RI’s inner city schools. She needed support for her decision and a push off the payscale cliff, both of which her husband, Christopher, gladly provided. He never second guessed the career shift because the change he saw in Viola was absolutely wonderful… she got the passion back and was living her dream, constantly talking about her work and the kids.

Viola retired after 11 years as a middle school math teacher at Roger Williams Middle School. Even in the short time she was retired, she managed to check some other important items off her bucket list. If Viola were here today, she would say she was grateful for everything she was able to do with her life and even more so what she was able to do for her students.

Viola passed away on March 25 after a three month long battle with an autoimmune disease. She leaves behind her husband, Christopher Caldwell, two brothers, Norbert and Ronald Elsdoerfer with their wives, Diane and Leslie, and several nieces and nephews.

Instead of donating to some organization or maybe planting a tree, take time to think about someone whose life you could make a difference in with a simple kind act and just go out and do it. I know Viola would find meaning in that more than anything else.