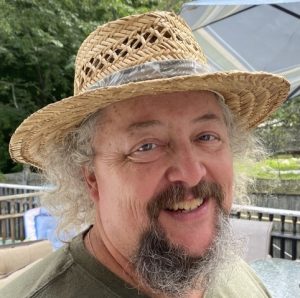 Timothy Alan “Tim” Jackson, 57, of Warwick, formerly of Coventry, passed away on Friday, Jan. 21, surrounded by the love, comfort, and care of his family at Kent Hospital in Warwick. He was the devoted and dedicated husband to his wife Debra S. Cerel of Warwick.

Born on January 12, 1965, Tim was one of two children and the only son born to Curtis Jackson and Judith (Archambault) Jackson. He grew up in Warwick and graduated from Bishop Hendricken High School as a member of the Class of 1983.

Having an interest and admiration for the brave men and women of the Armed Forces, Tim enlisted in the United States Army. He completed his basic training at Fort Benning, Georgia. Initially, Tim was enlisted as a reservist, but he re-enlisted on active duty assignment. After completing additional rigorous training, Tim became a member of the 101st Airborne Division. He spent time domestically at Fort Campbell, Kentucky, along with time overseas, stationed at the DMZ in Korea. Tim was honorably discharged from the US Army in 1991. He took great pride in serving the country he truly loved.

Following his honorable discharge from the U.S. Army, Tim furthered his education by attending and graduating from the University of Rhode Island. He majored in history, which was a subject he excelled in from a young age.

Tim was a hard-working man, beloved by his co-workers. He worked in the office of the chairman of Citizens Bank. He was the military maintenance coordinator on the Military Assistance Team. Prior to this, Tim worked as a risk associate officer at Citizens Investment Services.

As someone who always enjoyed staying busy, Tim was very active in the community in which he lived. Tim held the role of scoutmaster with the Boy Scouts of America – Troop 11, Coventry. He took a great liking to being active in BSA, with his proudest moment being his two sons obtaining the rank of Eagle Scout. Through his time in BSA, Tim had the privilege of being awarded Mentor Pins by many. He took great pride in mentoring and educating all Scouts throughout their time with BSA. He also enjoyed spending time at Camp Yawgoog in Hopkinton. With his keen interest in U.S. history, Tim was a member of the Varnum Continentals, where he encouraged patriotism through the Varnum Armory Museum as a trustee and treasurer.

In his spare time, Tim had many interests and hobbies. He was a firearm enthusiast, with a deep knowledge of the history and function of firearms. He was a “motorhead” having an interest in cars of all kind and going for joyrides; in his younger years he restored a Pontiac GTO. He loved watching movies, in particular sci-fi and fantasy films such as Harry Potter, StarWars, and Lord of the Rings. He was an avid listener of music from a wide range of genres, especially heavy metal. He most recently enjoyed attending concerts with his wife, traveling the U.S. to make memories and see live music, especially Jimmy Buffett. He was a frequent visitor to Disney Theme Parks, having visited over 20 times, most recently on his delayed honeymoon last month. He was an experienced outdoorsman and liked to fish, hunt, and hike. Above all, Tim was most happy when he was in the presence of and making memories with his loving wife Deb, his dear family and friends.

In addition to his wife, Tim is survived by treasured and adored yellow lab, Zoey; his cherished sons: Ben and Teddy Jackson and their mother and his former spouse, Pam Perry Jackson; his stepsons: Jacob and Colin Madore; his parents Curtis Jackson and his wife, Myra, of Piedmont, Okla., and Judith (Archambault) Jackson of Cranston; his sister Melinda Jackson Williams; his nephew Caesar Sumner; his dogs Pumpkin and Bully; and also many extended family members and friends.

Relatives and friends are kindly invited to attend Tim’s memorial visitation on Monday, Jan. 31, from 4 to 7 p.m. at Iannotti Funeral Home in Coventry. Masks are required. Committal with military honors will take place at R.I. Veterans Memorial Cemetery at a later date when the weather has improved.

In lieu of flowers, donations in Tim’s memory may be made to either the RI SPCA or to the Varnum Armory Museum.