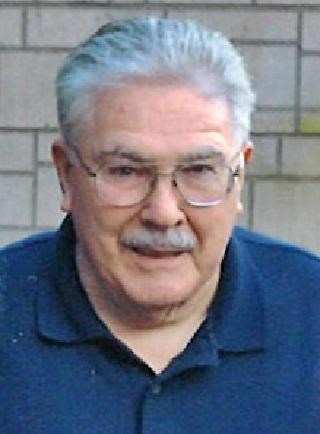 Thomas “Tom” E. White, Sr., 87, died at home on November 3, in Smyrna, Delaware, where he lived in retirement.

Tom was born to Thomas M. and Teresa (Mullady) White in 1933, on a farm on Cove Lick in Lewis County, West Virginia. His grandmother rode a horse two miles to his house to perform the delivery. He attended one room schools on Loveberry Hill and Cove Lick and the Copley School and graduated from St. Patrick High School, in Weston, W.Va. in 1951.

He worked in local gas stations as a young man and then at The Timken Roller Bearing Co., Canton, Ohio before serving in the United States Marine Corps from 1952-55. He graduated from the University of Rhode Island (URI) in 1959, with a Bachelor’s Degree in Accounting. He moved the family to Washington, D.C. to work for the U.S. General Accounting Office (GAO) and later transferred to the Boston Office of the GAO. In 1964, he returned to URI to become the Business Administrator of the Graduate School of Oceanography and the Narragansett Bay Campus. In 1979, he accepted employment as the head of the Contracts and Grants Office at the University of Delaware. He retired from the U of D in 1996.

Tom was predeceased by his first wife, the mother of his four children, Adelle Alba, of Providence in 1977; his son, Robert, of Elkton, MD in 2013; his sisters, Agnes Louise White, Kathryn Teresa Minnich and Mary Josephine Cawthon; and his third wife, Janis Will Howard in 2008.

Tom lived near Rangeley, ME from 1998-2004. He first went to Rangeley in 1965. He loved the people and the area and continued to go back to his camp at every chance. He was a member of the American Legion, Post 120, Rangeley, Maine and served as its Adjutant while living there. He was also a member of the Board of Directors of the Highlands Overlook Landowners Association and Road Commissioner for the Association.

Tom was a quiet supporter of many causes, especially the U.S. Marine Corps which enabled him to move from a farm, five miles from a paved road, to executive positions at two universities.

He was a member of Holy Cross Catholic Church, and a member of the Spring Meadow Veterans Association, and  Modern Maturity Center, all in Delaware.

A special thank you to Lisandra Medina and Darlene Williams of Home Instead who handled Dad’s care with warm hearts and kindness. And a thank you also to Season’s Hospice nurses and call center personnel.

Donations may be made in Tom’s memory to St. Luke’s Catholic Church, Rangeley, Maine 04970 or to any worthy cause.