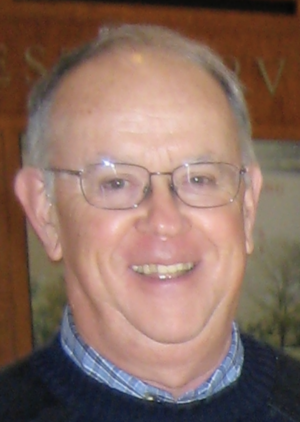 Robert Holbrook died earlier this year in Louisville, Colo., at the age of 80. He was the son of the late Ramona Holbrook. He was an extremely generous man with his time, talent and treasure.

He earned a bachelor of science degree in business and an MBA from URI. He completed the ROTC program and served active duty in Germany. He was in the active reserve for 8 years.

Bob enjoyed a 26-year career with Old Stone Corporation. He was controller for 10 years and a senior vice president of Old Stone Bank in charge of mergers and acquisitions.

He was chief financial officer of Southeast NE Shipbuilding Corp. (SENESCO), of which he was one of the founders. He took pride in bringing jobs to his fellow Rhode Islanders.

His hobby was local politics. He served 12 years on the EG School Committee and 8 years as a member of the EG Town Council. He also served on the Planning Board and the State Board of Elections. In 2009, upon retirement, he was designated a Life Citizen of East Greenwich. He proudly displayed that honor for the rest of his life.

In 2003, R.I. Gov. Donald Carcieri appointed him to be a commissioner on the Public Utilities Commission. He served 6 years and enjoyed the challenge.

Upon retirement to South Carolina in 2011, Bob once again became involved in local politics for several years. He enjoyed billiards, 40-mile bike rides, and volunteering at the USO/Savannah Airport. He also had fun on his motorcycle and driving his ‘40 Ford Coupe.

He is survived by his wife Anne, daughter Susan Gricus and son-in-law Eric Gricus. He was predeceased by his brother Paul Holbrook.

Donations to ASPCA in his memory would be appreciated.