Robert Allen Greene, 91, of East Greenwich, passed away peacefully on Wednesday, Sept. 18, surrounded by his loving family. He was the beloved husband of Marilyn R. (Felthousen) Greene for 61 years. 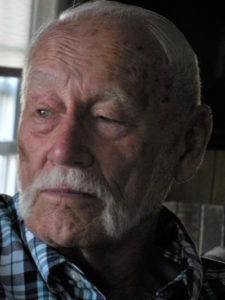 Born in East Greenwich October 5, 1927, he was the son of the late Harold A. and Mildred E. (Stone) Greene. He graduated from the East Greenwich Academy and earned his BSBA from Bryant College. His education was interrupted twice serving his country in the U.S. Army, first during World War II in Italy during the occupation years and again in Korea during the Korean Conflict.

Bob, a retired businessman, owned and operated Greene Industries Inc., a wooden box and packaging company, since 1956. As a local business owner, he was a great friend and mentor to many in East Greenwich.

He was an active supporter and participant in many different organizations.  He was a past governor of the R.I. Mayflower Society and the former governor general of the General Society of Mayflower Descendants. He had served both organizations in many capacities. Bob was also past president of the Roger Williams Family Association; past commanding colonel in Kentish Guards, R.I.M.; past president of the Rotary Club of East Greenwich; Denison Family Association member; past president Pilgrim John Howland Society; founding member and past president of the East Greenwich Preservation Society; equipment manager and strong supporter of the East Greenwich Little League, sponsoring a major league boys team for close to 30 years and one of the first girls’ softball teams. He was a long-time director and vice president of Quidnessett Memorial Cemetery Corporation, founder of The Yankee Foam Packaging Company and The Indian River Company, past president of Founders and Patriots, active member of the Sons of the American Revolution and others too numerous to mention.

He was an avid genealogist, train enthusiast, sailor, military reenactor, reader, publisher, painter, florist, woodworker, stamp collector, and Red Sox and New England Patriots fan. He especially loved spending time at the family summer home on Point Judith Pond in South Kingstown. Bob led a very busy and full life and will be greatly missed by all who knew him.