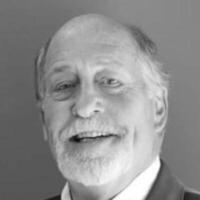 Richard Reece Percival III died peacefully at Hopehealth Hulitar Hospice Center in Providence on January 6, at the age of 72.

“Reece,” as he was affectionately known, was born to Richard Reece Percival, Jr. and Hilda (Northup) Percival on March 10, 1950, at Newport Hospital. They lived in Newport until moving to their family home in East Greenwich in 1956.

Reece was self-employed as a full-time painter by trade for over 40 years. He enjoyed interactions with all of his clients, who almost always turned into his friends. He had many lifelong friends who he loved dearly, talked about fondly, and spoke with often. From 4H, to the Patriots, to road trips, music festivals and the “Fireman’s Hall,” his friends were the best part of many of his hobbies and adventures.

Everyone who knew him well, knew that his tough, grumpy exterior was just a facade. He seemed to always put everyone before himself. He was witty, loving, charismatic, loyal and hard-working; he was known to shoot from the hip and rarely chose to sugarcoat anything.

Perhaps the most admirable of all his traits, was treating everyone he met with respect. He could go into a room full of strangers and leave with a room full of friends. No matter where he ventured, he always seemed to find someone he knew.

Reece will be remembered for living life his way. Although he usually preferred the road less traveled, whether on his Harley or in his van, he always found his way home. Home was his favorite place to be; in his chair, sharing one of his home cooked meals with the people he loved and of course with Otis, his beloved Springer Spaniel.

Reece is survived by his his wife, the love of his life and his best friend, Nancy (Johnson) Gilbride Percival; daughter, Victoria Butler and her husband, Aaron; son, Ryan Reece Percival and his wife, Macayla; daughter, Allison (Hamel) Walker and her husband, Will; step-son, James Gilbride and wife, Elisabeth; and three grandchildren: Desmond, Preston and Maya. He was predeceased by his sister, Martha Guilfoyle.

In lieu of flowers, the family requests memorial donations to be made to Yellow Horse Equine Therapeutic Riding Program.

An online condolence can be left with the Hill Funeral Home HERE.