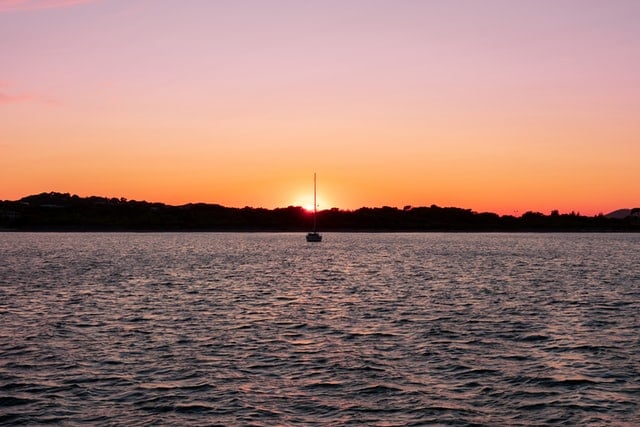 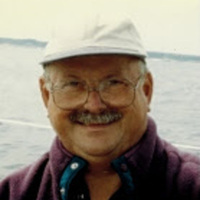 Piero Biancani, mechanical engineer, medical researcher and expert on the esophagus, boat builder, world traveler, epic do-it-yourselfer, husband, father, grandfather, and dog-dad, died from complications related to Parkinson’s Disease last Friday, Nov. 12. Though he never worked as an engineer, he held a Ph.D in the field (from Yale School of Engineering) and it makes sense to tell the story of his life in numbers.

3 + 4 + 1: Children (Peter, Susan, and Lisa Biancani) and Grandchildren (Rosie and Freddie Thorn and James and Vera Hillemeier) and dog (Missy)

107: Peer-reviewed publications he authored and co-authored, mostly on smooth muscle contraction in the lower esophageal sphincter.

4,054: Miles from Pisa, Italy, where he earned his undergraduate degree, to New Haven, Conn., where he attended graduate school. He traveled by ocean liner because he loved boats, boating, and voyaging on the open seas, and not (as his young children thought when they learned about immigration in school) because he was one of the huddled masses yearning to breathe free.

40: Years he and Helen lived in their home at 6 Coveside Court, which Piero designed and built, moving in in January, 1981 with three children between the ages of 1 month and 3 years, before the floors were installed in most rooms and with the refrigerator placed in the driveway and powered by extension cord.

9: Wooden boats he built from scratch, including a peapod, a cat boat, a catamaran, a flat-bottomed skiff, a New Haven Sharpie, a 28 foot wooden motor sailer, two Aleutian kayaks, and a barge which was really a floating dock in disguise to skirt DEM regulations. In addition, Piero repaired and rehabbed dozens of other boats over the years, owned hundreds of books on the design, function, and history of boats and boating, scores of boat plans, and countless photos he’d taken of Other People’s Boats, from marinas and boatyards all over the country.

7: Months of sustained fighting during the Allied invasion of Italy Piero lived through, outside Pisa in his early years, at times hiding in a tunnel a neighbor had dug into the hillside.

6: Number of times Piero flew cross-country in his 4-seater Piper Cherokee – the best way, he thought, to really “see” America, from sea to shining sea.

48.5: Number of pounds of raw wheat berries stored in a large Rubbermaid garbage can on the landing of the stairs down to the basement for several years after Piero’s failed attempts to make “real” Tuscan bread with big holes (“Big holes!”). He was exploring the theory that his bread’s unfortunate small holes were due to inferior flour, and so bought his own wheat and tried grinding it in the food processor (which, by the way, is not how milling works), and when that gummed up the blades, tried roasting it on the stove top in a Dutch oven before food processing it (also not how milling works).

0: Number of books Piero read about baking bread and/or milling wheat into flour before attempting to achieve Big holes!

300: Approximate number of gallons of unused epoxy Piero left behind in 55 gallon drums, because why buy a little when you can buy way too much (see: wheat berries).

12: 150+ pound pigs Piero roasted in a home-made pig smoker of his own design, both in the yard at Coveside Ct. and at the Greenville, ME base of Hurricane Island Outward Bound, where Susan was an instructor.

And then there are the things we can’t quantify. The generosity and hospitality to friends and neighbors. The smells of his cooking, and the abundance of food and wine, and the way there was always room for one more at the table. The open acceptance of people from all walks of life; Piero was happy to take you as you were, especially if you wanted to talk to him about boats (but not cheap fiberglass ones). The hugs and kisses and love and patience, and ability to calmly offer a different perspective when you were wrapped up in a tough decision or a difficult situation.

For those who wish to reminisce about Piero, his boats or his cooking, or who would like a souvenir drum of epoxy, calling hours will be held Wednesday, Nov. 17, from 5 to 7 p.m. at Hill Funeral Home, 822 Main St., E.G., and a memorial service on Thursday, Nov. 18, at 11 a.m., with collation directly following, at St. Luke’s Church in East Greenwich. His family asks that in lieu of flowers, donations be sent to the Michael J. Fox Foundation for Parkinson’s Research or to St. Luke’s Church.