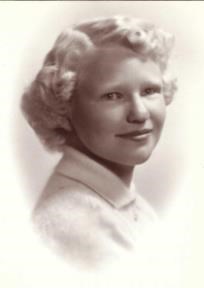 Patricia K. (Bailey) Pontarelli, 86, of Warwick, died Sunday, August 7, at Philip Hulitar-Hope Hospice in Providence. She was the beloved wife of the late Albert E. Pontarelli.

Born in East Greenwich, Patricia was the daughter of the late James E. and Lulu M. (Wesson) Bailey.

Patricia was the loving mother of Michael E. Pontarelli of West Warwick, Paul A. Pontarelli (Leslie) of New Windsor, NY, and Janice M Murray of Providence. She was the caring Grandmother of four, Kayla Pontarelli, Michael Pontarelli, Jamie Frieden, and Ryan Gallagher.

A communicant of Immaculate Conception Church, and longtime member of St. Clement Church Choir, Pat was devoted to her Catholic faith.

Her funeral will be held Friday, August 12, at 8:30 a.m. from The Urquhart-Murphy Funeral Home in Warwick, followed by a Mass of Christian Burial at 9:30 a.m. at The Immaculate Conception Church in Cranston. Relatives and friends are invited to attend visitation on Thursday, August 11, from 4:00 to 7:00 pm.

In lieu of flowers, gifts in her memory are appreciated to The Alzheimer’s Foundation (245 Waterman Street, Suite 306, Providence, RI 02906).