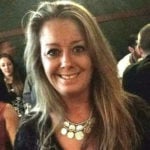 Patty did not have any children of her own, but anyone who knew her knew her nieces and nephews were her whole world. She was a very outgoing person who was incredibly well known. She was the life of the party wherever she was. She was the kind of person who would walk into the room and everyone would say, “Bubba is here!” She was someone who really understood the gift of giving, always having little trinkets and presents for pretty much anyone. She truly was one of the most incredible human beings. She will be missed by so many.