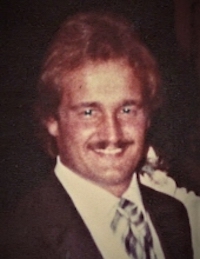 Michael D. Pacillo, 64, formerly of Richmond, passed away on Monday, December 5, at his home in West Warwick. Born on January 21, 1958 in South Portland, Maine, Michael was the son to the late Antonio and Eleanor (Holt) Pacillo.

Michael was a graduate of South Portland High School and Southern Maine Technical College where he also served as an instructor for several years. Later, he became the East Greenwich Wastewater Treatment Plant superintendent, supervising the construction of the new facility in the 1980s. He was later employed by the Professional Services Group in Smithfield and Xylem Inc., working specifically with their Flygt product line. Michael was also active in the Narragansett Water Pollution Control Association, and served several years as its President. He was a past recipient of the E. Sherman Chase Award given by the New England Water Pollution Control Association.

Beyond his career, Michael was also very active in sports. At a young age, Michael took a liking to the Dallas Cowboys and grew to be an avid fan. Oddly enough, when Mike and his family moved to Rhode Island, he ended up coaching the Cowboys….the Chariho Cowboys that is. He was a longtime coach and board member and was very devoted to his players. Michael was a Skip Kenyon Award recipient for his dedication and involvement as a board member.

For several years, Mike coached freshman football at LaSalle Academy. He also enjoyed playing softball for the East Greenwich Fireman’s Club and the Pollock Law teams, and was an avid golfer.

Funeral services will be scheduled at a later date. In lieu of flowers, donations may be made to the Chariho Cowboys Football.

An online condolence can be left with the Carpenter-Jenks Funeral Home HERE.