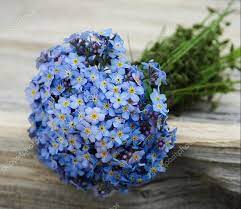 Meredith Keith Sweet, 94, of Franklin, N.H., formally of East Greenwich, passed away peacefully at Elliot Hospital in Manchester, N.H., on Aug. 4, surrounded by loved ones.

Meredith was born in Providence on April 19, 1927.  She grew up in the Edgewood section of Cranston and was a 1945 graduate of Cranston High School. After graduation, Meredith worked for many years as a bookkeeper for Citizens Bank. In 1950, Meredith married her husband, Willard R. Sweet, Jr. They raised their family in East Greenwich.

In 1985, with their children grown, Meredith and Willard moved to Bristol, N.H. Meredith’s family was the center of her world and her love and understanding were felt by all. As the family grew and grandchildren were born, she anxiously awaited their visits to New Hampshire. Meredith enjoyed her cats as well as the fauna that was a constant with living in the woods. Everyone looked forward to hearing about the tranquil deer that foraged in the back, the occasional moose that slowly strolled down the road, and the plethora of bears that were seasonal visitors determined to stealing the bird feeders. Over the years, the favorite bear tales were those involving opening the curtains to the sliding glass doors in the early morning hours and coming face to face with a black bear on the deck peeking in. Meredith captured it all on film. Her favorite hobby was researching and providing for the hummingbirds that returned each spring to the property. She became the family expert on hummingbird food, feeders and flowers, which she enjoyed sharing.

In 2017, Meredith and her husband moved to The Golden Crest Assisted Living Facility in Franklin, N.H.

Meredith was predeceased by her parents, Russell T. McDowell and Virginia K. (Simmons) McDowell, as well as her older sister, Janice M. (McDowell) Everman, and granddaughter, Shaelynn M. Lomastro. Meredith’s life was well lived, with legacies that she could not have imagined.

Calling hours will be held Tuesday, Aug. 10, from 6 to 8 p.m. at Emmons Funeral Home in Bristol, N.H. Interment will take place Wednesday, Aug. 11, at 1 p.m. in Pocasset Cemetery in Cranston, R.I. Those wishing may make donations in her memory to the New Hampshire Humane Society, PO Box 572, Laconia, NH 03247.