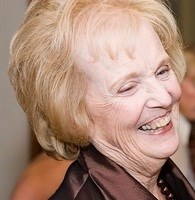 Margaret “Peggie” (Kelly) Formisano, 88, passed away peacefully at her home on Sunday, July 18, surrounded by her loving family. She was a loving mom, adoring Nana and thoughtful friend to all.

Born on March 7, 1933, in Phoenixville, Pennsylvania, Peggie was the daughter of Dr. James A. and Margaret (Shine) Kelly, and a big sister to three brothers whom she adored: LTJG USN James, Jr. (deceased), John (Sandy, both deceased) and Edward (Geri) of Pottstown, PA. Peggie loved sharing memories of the childhood vacations she enjoyed with her family in Ocean City, NJ, Scranton and Norristown, PA.

From 1946 – 1950, Peggie attended boarding school at Villa Maria Academy (Malvern, PA). The final line in her high school yearbook blurb was “I’d love to!”, a phrase she carried throughout her lifetime. She then attended Ursinus College (Collegeville, PA), and from both, held a dear collection of lifelong friends. Peg then received her master’s in physical therapy from the University of Pennsylvania, a professional devotion that benefited greatly from her endless patience, gentle care and loving kindness. Of particular pride was the time Peg spent at CHOP (Children’s Hospital of Pennsylvania) learning from C. Everett Coop, who later became the US Surgeon General. Peg found particular joy in working with children and the veterans of World War II and the Korean War. After leaving the profession for a number of years to raise her family, Peg found great delight in resuming her career in the 1980s at Sargent Rehabilitation Center and the Visiting Nurses Association of RI.

Though the pride Peg had in being a “PT” remained until her final days, nothing compared to the love and devotion she had for her children and their spouses: Edward Formisano (Mary Louise) of East Greenwich; Maria Marra (Michael) of Barrington; James Formisano (Kimberly) of Dedham, MA; Nicholas Formisano (Carol) of Atlanta, GA; and Eve Formisano of Barrington. Somehow, she always managed special time for each of her children. Her graceful and patient ways meant there was rarely a raised voice, and always a big smile and a favorite dish prepared.

When you entered Nana’s home, it did not take long to discover how much she adored her twelve grandchildren – pictures of Matthew, Kate and Andy; Margot and Mark; Ellie and Thacher; Will and Wright; and Linsey, Cole and Maggie were everywhere. Nana always made sure there were Hoodsies in the freezer, never passed on an invitation to build a sand castle or ride a wave at the beach and was the biggest fan on the sidelines of a grandchild’s game, concert, play or performance. They truly were the light of her life.

Her other joys included great conversation, cheering on the Red Sox and the Bruins, a good book or film, a play at Trinity or Second Story, an exhibit or concert, and traveling near and far.

Peg truly lived a kind, loving and thoughtful life, and lived it well by sharing so much of herself with so many.

Peg’s family would like to thank all of her caregivers over the past year – Isaura, Carmen, Ariana, Katia, Filomena, Jen and Bianca. We would also like to thank Celia and the entire team from Visiting Nurse Home & Hospice.

In lieu of flowers, please consider making a donation in Peg’s memory to Visiting Nurse Home & Hospice (www.visitingnursehh.org), or offering a gesture of kindness with Peg in mind.

Relatives and friends are invited to attend a Mass of Christian Burial in St. Luke Church on Washington Road, on Monday, July 26, at 11 AM; a private burial will follow in Forest Chapel Cemetery, Nayatt Road. Both are in Barrington. Calling hours will be held on Sunday, July 25, in the W. Raymond Watson Funeral Home in Riverside from 4-6 PM.

Leave an online condolences with the funeral home HERE.