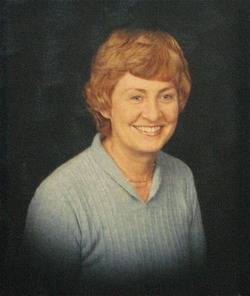 Thielsch, Margaret E. (McKenna) 93, of East Greenwich, formerly of Edgewood, passed away peacefully on Thursday, August 28, at The Seasons Assisted Living Residence, East Greenwich. She was married to the late Helmut John Thielsch for 50 years. Born in Edgeley, North Dakota, she was the daughter of the late Michael Emmett McKenna and Olive Tooker McKenna. Her brothers James Ellsworth, Francis Raymond and Laurance McKenna, and her niece Carol McKenna, all predeceased her. Margaret graduated from University of Jamestown in 1943 and was a longtime supporter of the school. During WWII she served in the U.S. Marine Corps, working in intelligence in Washington, D.C. She was an officer of Thielsch Engineering in Cranston, the company founded by her husband in 1984. She was also a former chairman of the Rhode Island Federation of Garden Clubs (1987-89) and for many years a member of the Edgewood Garden Club. Margaret enjoyed gardening, music, reading and watching the Red Sox. Most of all, she loved spending time with her family and friends. She is survived by her loving children: Barbara A. Creati of Cranston; Donald K. Thielsch of San Jose, Calif.; Deborah L. Slotpole and her husband Robert of Weston, Mass.; Helmut J. Thielsch Jr. and his wife Caroline of Midlothian, Va.; six grandchildren, one great granddaughter and five nieces and nephews. Funeral service and burial will be private in accordance with her wishes. In lieu of flowers, memorial contributions may be made to Edgewood Congregational Church (1788 Broad Street, Cranston, R.I. 02905) or to Community MusicWorks (1392 Westminster Street, Providence, RI 02909).  You’ll find her online obituary here.