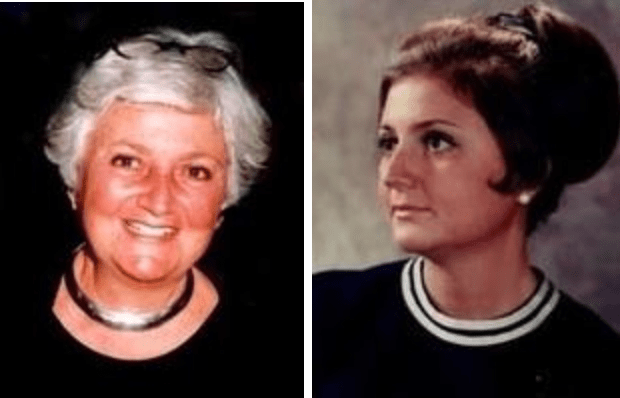 Lois S. (Scialo) Ellis, 76, a 49-year resident of Exeter, passed away peacefully on Tuesday, August 4, with her loving family at her side.

Born on October 2, 1943, in Providence, Lois was a daughter of Luigi and Assunta (Noviello) Scialo. She attended The Wheeler School from nursery school through 12th grade. She received her undergraduate degree from Salve Regina University with Honors and continued her education earning an M.A. in Political Science from Tufts University.

Lois proudly taught History and American Government at East Greenwich High School for 34 years. She was a beloved educator and colleague touching the lives of nearly 5,000 students through direct instruction as well as serving as class advisor for six different classes. Her students brought her joy while she brought them inspiration.

In addition to her teaching career, Lois was an award-winning entrepreneur as co-owner of Scialo Bros. Bakery. Though she played an integral role in the bakery throughout her life, she officially continued the family legacy established in 1916, after her father’s passing in 1993, when she went into partnership with her sister, Carol. The bakery has been recognized numerous times on the Food Network and featured in Travel + Leisure. Lois was recognized in 2012, for her contributions to the preservation of Italian Culture by the National Organization of Italian American Women. While her accomplishments were many, nothing gave her more joy than her family.

She is survived by her beloved husband, Calvin Ellis; their devoted son Geoff (Christina) Ellis; her cherished grandsons, Graham and Spencer Ellis; her loving sisters Carol (Dr. Joseph) Gaeta and Susan (Peter) Gaines; and many nieces and nephews.

Many of her former EGHS students shared memories and tributes on Facebook. One former student, Katie Schibler (Class of 1995) knew her as a teacher and advisor while in school but more recently as a friend, neighbor, and client.

“She was a tough teacher. She pushed you to study and work hard,” Katie said in an interview last week, adding that Mrs. Ellis could see the goodness and talent in students who were typically overlooked. “She recognized kids learned differently and tested differently.”

And she and her husband, Cal, also an EGHS teacher, really worked hard to keep in touch with their students.

Katie runs KSA Marketing and Scialo’s became a client a few years ago, so Katie got to see that Mrs. Ellis was just as committed to the family bakery as she’d been to her students.

“It was neat getting to work with her in that capacity, getting to see her passion for the bakery,” said Katie.

“She had this twinkle in her eye,” said Katie. “There’s no one who knew her who just doesn’t adore her. She was everyone’s favorite teacher. She is what I inspire to be. She carried two careers. She never slowed down.”

A private Funeral Mass was held August 8, at St. Mary Star of the Sea Church in Narragansett. Funeral arrangements were entrusted to The Cranston-Murphy Funeral Home in North Kingstown. Interment was held at Swan Point Cemetery in Providence.

Gifts may be made to Dana-Farber Cancer Institute in memory of Lois Ellis to support cancer research and patient care via mail at Dana-Farber Cancer Institute, P.O. Box 849168, Boston, Mass. 02284 or their e-giving site at www.jimmyfund.org/gift. Alternatively, donations may be made to Lois’s most supported charity, The Rosary Shrine of St. Jude at: www.rosaryshrineofstjude.org/donate

Obituary and guestbook available at: www.murphyfuneralhomes.org.