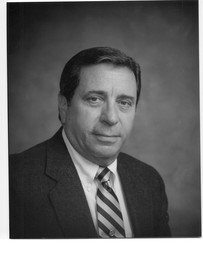 He was born in Providence on January 24, 1930, to the late Leopoldo and Concetta (Peluso) Petteruti. He graduated from LaSalle Academy, Providence, in 1947 and entered the United States Army in 1948, serving in Germany during the Korean War and retired in 1993 as Medical Corp, Colonel. Dr. Joe graduated from Providence College of Osteopathy in 1959; was on the staff of Kent Hospital where he served on the Senior Policy Committee, Chairman of the Credentials Committee, Chief of Family Medicine, Executive Committee, Board of Incorporators, President of Kent County Medical Society and Vice President of Southwest Florida Osteopathic Society. He was board certified in family practice and wound care.

Dr. Joe retired from private practice in Warwick in December 2000, and moved to Cape Coral, Fla., where he was employed as an associate medical director at Hope Hospice of Cape Coral, Fla. He was a past member of the Potowomut Golf Club, Warwick. He was a member of the Military Order of Foreign Wars, American Military Society of Surgeons, American Osteopathic Association, Rhode Island Society of Osteopathic Physicians. He was awarded two Meritorious Service Medals, the Army Commendation Medal, Distinguished Service Award, R.I. Star, Humanitarian Medal and the National Defense Medal.

Dr. Joe was a caring, compassionate and dedicated physician who touched the lives of many. He will be remembered by all for his wonderful sense of humor, kindness and love of golf and travel.

A memorial service is planned at St. Hilary’s Episcopal Church, Fort Myers at 11 a.m. on Friday, Jan. 23, for family and friends. A memorial service also will be held Saturday, Jan. 24, at Our Lady of Mercy Church, 65 Third St. East Greenwich, at 10 a.m. A reception will follow at Richard’s Pub, South County Trail. A military funeral with full honors will be held at the Veterans Cemetery in Exeter, Friday June 5, 2015.