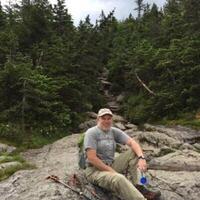 James R. “Jim” Lee, 68, of West Kingston, RI passed away suddenly on August 27. He was the husband of Nancy Lee, and father of Wendi Lee (Scott) Archambault and “Little Jason” Lee, and stepfather of Peter M. “Mikey” (Darcie DiSaia) Jenkins, Jr. He was blessed with 8 grandchildren:  Kailey-Rae, Kassidy (Cody), Nathan, Logan, Tony, Charlotte, Milo and Lucy and was looking forward to being a Great Grandfather in February.

Jim grew up in East Greenwich and graduated from CCRI in 1975. While working at Kent Hospital, he met his lifelong friend Len (Sandy) Duffy. Jim relocated to California (twice) where he married Deborah Scott Lee and began a family, while completing his undergraduate degree at URI and a Juris Doctor from UC Hastings School of Law. Jim practiced Law for 13 years in California. In 1989, he took a sabbatical to focus on writing and returned to Rhode Island with his family. Jim was with the Rhode Island Department of Attorney General for 23 years, having served as Chief of the Civil Division for over 18 years working for Attorneys General James E. O’Neil, Jeffery B. Pine, Sheldon Whitehouse, Patrick C. Lynch and Peter Kilmartin. While working for RIAG’s office, he enjoyed volunteering as a high school Mock Trial Lawyer-Coach with the New England Academy of Torah. Jim received many awards over the years, but was proudest of being named an Outstanding Alumni of CCRI in 2015.

Jim was a true outdoorsman and enjoyed marksmanship, archery, hunting, hiking, camping, mountain biking, and cross-country skiing.  Jim was an avid runner, participating in many road races across Rhode Island. After retiring, Jim pursued a lifelong dream of hiking the Appalachian Trail and hiked over 200 miles from Springer Mountain, GA to the Great Smoky Mountains of TN. Jim began volunteering with the Appalachian Mountain Club in NH upon his return. He was a long time member of the Narragansett Bow Hunters in North Kingstown and mentored many aspiring youth archers, including his grandchildren, nieces and nephew.

Throughout his life, Jim was an active volunteer in his community’s youth sports programs in roles that included coach, referee, umpire, sponsor and volunteer. During his career Jim was a member of the Valley Hi (Sacramento, CA) and then East Greenwich Rotary Clubs. Jim was also an avid writer of both published and unpublished works, writing articles inspired by his many life experiences. Jim has been published by the Providence Journal, The Great Outdoors Magazine and many others.

Calling hours will be held on Sunday September 5, from 2- 5:00 PM at the Hill Funeral Home in East Greenwich. His funeral and burial will be private. In lieu of flowers, the family requests donations in Jim’s memory be made to the Appalachian Mountain Club, 10 City Square, Boston, MA 02129.

In Jim’s memory, the family requests that neckties not be worn – he always said if he ever became Emperor he would outlaw them.