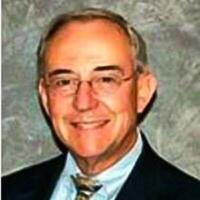 George N. Cooper, Jr., M.D., 85, of East Greenwich, passed away peacefully on Dec. 13. Born in Orange, N.J., he was the son of the late George N. Cooper and Margaret Courter Cooper of Tom’s River, N.J.. Dr. Cooper is survived by his wife of 38 years Ann Biderman Cooper; and his two sisters Loretta Witt (husband Tom) of West Germantown, Pa.; Margaret Cooper of Chestnut Hill, Pa. He was predeceased in 2007 by his brother James Cooper (wife Kum Son) of Spanaway, Wash.; and in 2014 by his wife of 20 years Mary G. Cooper (Lillis) of East Greenwich.

A cardiovascular surgeon and pioneer in valve replacement surgery, Dr. Cooper was deeply dedicated to providing excellent and compassionate care to all his patients and has made a difference in the lives of so many. He graduated from Seton Hall Medical School in 1961 and completed his internship, residency and two years active duty in the U.S. Airforce in the Midwest. In 1971, he moved with his family from Milwaukee, Wisc., to Edgewood, R.I., and began a successful surgical practice that spanned nearly 35 years at Rhode Island Hospital and Kent Hospital. He went on to establish the Northeast Vein and Laser Center in Warwick, retiring earlier this year. He proudly served his country as captain in the U.S. Airforce from 1966 to 1968, and as colonel in the U.S. Army Reserve from 1981 to 1991.

A deeply faithful man with a great love for his country, George Cooper’s greatest love was his family. He recently said, “I was blessed with nine children, each a precious jewel and uniquely gifted,” while sharing a wise proverb: “For each suffering there are also a thousand joys.” An insatiable curiosity, a passion for learning, and a robust sense of adventure carried him through life. He was sophisticated, yet down to earth, and his serious exterior belied a surprising, yet delightful sense of playfulness. A voracious reader and language aficionado, he was a master storyteller who endeavored to encourage, inspire, and often entertain those around him.

In addition to music and theatre, George excelled at sports as a youth. In high school he played basketball and baseball, earning the nickname “Ace” as the star pitcher on the baseball team. He became a low-handicap golfer while working as a caddie for many years. But, after moving to Rhode Island, it was sailing that became his other great love. Self-taught at first, he applied his innate drive and passion to becoming a true yachtsman who derived and generously shared his soul-expanding joy of sailing and racing around Narragansett Bay for almost 50 years. And, so in honor of his life, his great loves, his many contributions, and the joy he shared with so many, we bid him a fond and loving farewell. Fair winds, following seas, and Godspeed on your final, infinite voyage, Captain.

Due to COVID-19 restrictions, funeral services and burial will be private. A private Mass of Christian Burial will be celebrated at Our Lady of Mercy Church in East Greenwich on Friday, Dec. 18, at 10 a.m. You may participate in this mass through a live stream at www.olmparish.org.