It is with heavy hearts that we announce the sudden passing of our mother, 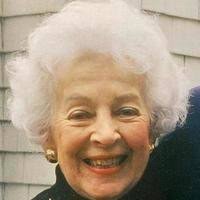 Fleurette was born in Southbridge, Massachusetts to Omer and Alouylda Demers, the oldest of three children. Her childhood was filled with happy times with her family, and she had an especially close relationship with her grandfather, whom she loved dearly.

She attended schools in Southbridge, and graduated from Mary E. Wells high school, having been an officer in her class.  A fairly quiet child, she was extremely talented with her hands, and began sewing clothing and wedding trousseaus for various families locally, which provided income during the Depression years. But it was her love of art and drawing that shaped her adult life for several decades.  Despite the difficulties during the Depression, her parents encouraged her to begin studying art at the age of 10, and Fleurette continued to pursue her art education through adult classes where she perfected various techniques.

Fleurette met her future husband John S Wyllie in Falmouth Heights, Cape Cod, in the summer of 1948.  Theirs was an instantaneous love, and they were married in Southbridge on a lovely fall day, October 14. Not long after, they welcomed their first child, a daughter named Jessica, and 18 months later their second daughter, Margaret, was born.  Two precious little girls to bless their lives, and of whom they were extremely proud.

Fleurette and John moved to Long Island, NY in 1951, but the love of Cape Cod kept calling them back every summer for vacations. In 1964 they bought land in New Seabury, Cape Cod, and relocated in 1966 for what was to become the highlight of her life.

Fleurette‘s painting continued with more art classes, moving from oils to water color. When friends began admiring her talents, she took on individual commission work, and her reputation as an artist spread throughout Cape Cod and New England. She won many awards at the Cape Cod Art Association and Falmouth artist guild, as well as the Mashpee Arts Council.

Mrs. Wyllie was also a charter member of the National Museum of Women in the Arts in Washington, D.C. Her paintings became so prolific, she once mentioned to her daughters that she actually “thought“ in colors.  Dozens of homes throughout New York and New England and Colorado now hold treasures of her work on their walls.

Fleurette also was an avid birdwatcher, and while living on Cape Cod would visit the bird sanctuary in Chatham, Massachusetts regularly, with John, identifying many species to her delight.

She was a charter member of the Women’s Club of New Seabury and served as the third club president.

Mrs. Wyllie was loyal to her family and many friends, and particularly those at the Picnic Box in Mashpee, where she displayed more of her artwork in her later years.  Her art also hung at the Mashpee public library.

Fleurette is preceded in death by her husband John, her brother Charles, sister Violet and her parents. She is survived by her daughter, Jessica W MacMillan of Fort Collins, Colorado, and Margaret Arpin of Newport Rhode Island, as well as her two granddaughters, Abigail Arpin and Meredith Gipson.

More than any of her artistic accomplishments, we remember our mother as a woman of great integrity, dignity and grace. No matter her age she was always dressed beautifully with her hair and makeup in place, and greeted each day with a smile on her face and in her eyes.

Mom, you are so loved, and we all miss you so much. God bless you in this new chapter of your life.

Her funeral will be private. Donations in her memory may be made to Potter League For Animals, 87 Oliphant Lane, Middletown, RI 02842.